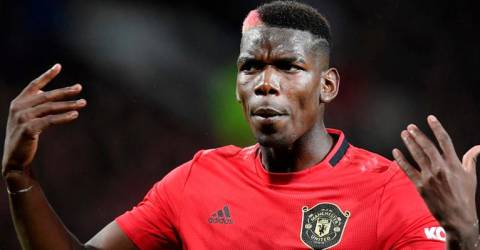 MANCHESTER: Manchester United midfielder Paul Pogba will be sidelined for a few weeks due to a thigh injury he sustained during Saturday’s 3-3 draw with Everton, manager Ole Gunnar Solskjaer said on Monday.

The 27-year-old France international limped off in the first half at Old Trafford and was replaced by Fred.

“It’s an injury that will take a few weeks to heal,” Solskjaer told MUTV. “He’s just started his recovery, working with the medical staff and we’ll get him back as soon and as safely as we can.

“Paul has been very important for us and we’re not going to take any risks. A few weeks definitely. You never want to be injured and, especially, now Paul was really finding his form.

“We’ve been very healthy and strong for a long period so we can’t moan too much.”

Goalkeeper David de Gea has come under scrutiny after an error-prone display against Everton and Dean Henderson is set to start in goal against David Moyes’ side.

Henderson, 23, made 40 appearances while on loan at Sheffield United last season but has played just 10 times for United in all competitions this term.

“Dean has played well whenever he’s got the chance. He’s matured and for me he’s developed his game,” Solskjaer told a news conference.

“I’ve been impressed with his attitude and work-rate. He wants to play every game because he knows that he’ll perform well, so long may it continue.”

Solskjaer also said defender Eric Bailly, who has missed United’s last five games in all competitions due to injury, is closing in on a return. – Reuters