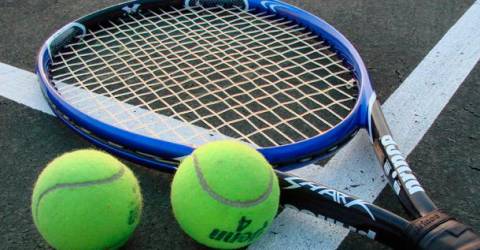 MELBOURNE:The days of tennis players arguing whether balls are in or out could be coming to a close, after the smooth introduction of electronic line judging at the Australian Open on Monday.

Line calls have been at the centre of many a tennis conflagration, from John McEnroe’s “You cannot be serious” rant at Wimbledon in 1981 to Martina Hingis’s meltdown in the 1999 French Open final.

But the coronavirus pandemic has prompted a major change, with human judges replaced by ball-tracking cameras to reduce the number of people on site at Melbourne Park.

Serena Williams and Naomi Osaka were among the players to give their seal of approval as the electronic system made its Grand Slam debut.

The cameras are set up along each line and automatically announce their decisions in real time, with a recorded human voice calling “out”, “fault” and “foot fault”.

“I think it’s not too much that can be wrong,” she added. “I think there can be some close calls that you can check, but I think it’s good.”

The electronic calls feature pre-recorded voices of Australia’s front-line workers in the country’s pandemic response such as firefighters and other emergency response personnel.

“I feel like for me, it saves me the trouble of attempting to challenge or thinking about did they call it correctly or not,” said Osaka.

“It actually gets me really focused. I don’t mind it at all.

“For me, I feel like if they do want to continue this way, I actually have no complaints about it because I think that there’s a lot of arguments that aren’t going to happen because of this technology.”

“I don’t see a reason why we need the line umpires, to be honest, if we have technology like this,” he said.

“I would of course keep the ball kids, but line calls I’m in favor of this technology.”

US Open champion Dominic Thiem was another supporter, saying he found it easier with no scope for human error.

“No offence at all, but there are just no mistakes happening, and that’s really good in my opinion because if the electronic call’s out, the ball is out, so there’s no room for mistakes at all,” said Thiem.

“I think it’s a step in the right direction.”

But veteran Venus Williams was more reticent about its long-term future, suggesting she prefered having humans on court.

“I think the linespeople are also pretty accurate, too. They’re usually right on the money, so, it could be interesting to see where this goes,” said the 40-year-old.

“You need that for lower levels of tennis, at junior events, not necessarily being line judges but people that can organise the events, that can supervise the events, make sure they’re going the right way,” he said.

“I think a lot of people pick up that experience. I think if you take out that grassroots aspect of it, how do you train those people?”

Line judges have become embroiled in some notorious incidents in tennis, including when Williams unleashed on an official during her 2009 US Open semifinal defeat to Kim Clijsters.

Djokovic was sensationally defaulted from last year’s US Open when he struck a loose ball that accidentally hit a lineswoman in the throat. – AFP