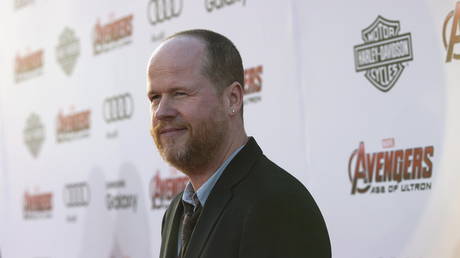 A second actor has come forward accusing blockbuster filmmaker Joss Whedon of ill-treating his actors on set. Charisma Carpenter, who worked with Whedon in the 1990s, has voiced her support for Justice League’s Ray Fisher.

Carpenter, who played Cordelia Chase on the hit TV shows Buffy the Vampire Slayer and Angel, posted a lengthy Twitter denunciation on Wednesday, describing how Whedon “abused his power on numerous occasions” during the time she worked with him – fat-shaming her while she was pregnant, mocking her religious beliefs, playing actors off against one another, and even triggering a “chronic physical condition” that still afflicts her.

“Joss has a history of being casually cruel,” Carpenter wrote in her post, adding that “he has created hostile and toxic work environments since his early career.” It took “years of therapy and a wake up call from the Time’s Up movement” for Carpenter to speak out, she said, expressing hope that her voice could help others who’d suffered at Whedon’s hands – namely Fisher.


Carpenter tagged her post with #IStandWithRayFisher, voicing her support for the actor who claimed he had been left with no choice but to resign from the Warner Brothers show Flash after DC Films producer Walter Hamada had refused to act on his concerns related to Whedon and other producers he worked with on Justice League. Fisher detailed his own grievances against Whedon in a Twitter post last month.

The actor’s issues with Whedon go back at least to July, when the actor slammed the director’s behavior as “gross, abusive, unprofessional, and completely unacceptable,” adding that producers Geoff Johns and Jon Berg “enabled” his atrocious behavior, which included “blatant racism.” Warner Media launched an investigation into the allegations the following month, but that soured quickly, and Fisher ultimately left the show The Flash rather than participate in a production involving DC Films president Walter Hamada. Hamada, Fisher said, had refused to send Fisher’s complaints about Whedon, Berg, and Johns “through the proper channels” where they could have been dealt with.

Fisher bowed out of the production, insisting his ending his franchise career as Cyborg was a worthy price to pay for “helping to bring awareness and accountability to Walter Hamada’s actions.”

Amber Benson, Carpenter’s colleague on the set of Buffy, also voiced her support for her fellow actors in a tweet on Wednesday, affirming that “there was a lot of damage done [by Whedon] during that time and many of us are still processing it twenty plus years later.”

Joss Whedon has not commented on the latest allegations at the moment of this article’s publication.