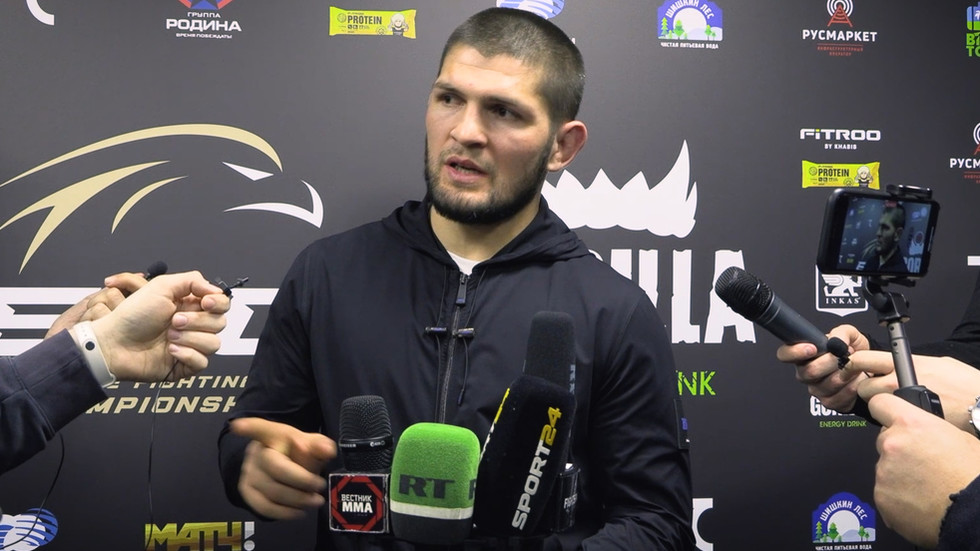 Khabib Nurmagomedov has said Dagestan must learn from the mistakes of current generations and ensure the region’s children are brought up in the right way.

The UFC lightweight champion recently took to social media to quote a war poem and call for societal change after the killing of Abakar Kaplanov, the former head of the Dagestani village of Novokuli.

Kaplanov was killed over a reported land dispute as part of an initial incident that led to hundreds of people taking to the streets.

Also on rt.com
‘Teach your children’: Nurmagomedov in plea to ‘change society’ as UFC champ mourns killing of former head of village in Dagestan


When asked about his own message – which quoted a passage about soldiers from Vassili Tyorkin, an epic Second World War work by 20th century Soviet poet Aleksandr Tvardovsky – Khabib said that he feared the current generation in his homeland in the Russian North Caucasus republic was lost, but held out hope for the future.

“We can’t do anything about this generation. Their mentality is already shaped. But it’s all about the future generations – our kids,” the undefeated star told the media including RT Sport on Tuesday, on the sidelines of EFC 33 in Moscow – the first time Khabib’s recently-acquired MMA promotion has held an event in the Russian capital.

“I’ve just talked to Maga (MMA fighter Magomed Ismailov) and asked him how he did in school, and he said that he didn’t do well. And I said to him: ‘Don’t say it. Kids might think it’s OK if Maga Ismailov didn’t study well and follow your bad example’.

“We should take it into consideration. We need to raise new generations in a good way. Remember when Moses was roaming through the desert for 40 years. He did that to let the new generation come instead of the previous one.

“So I think it’s the same story now – hopefully the new generation will be better and our life will get back in order.

“We need to tell our children to study, first, and only then do sports. If training comes before studying, it might lead to antisocial behavior. Clueless and brainless. That’s why education should always be the priority.”

Khabib cited his own upbringing as an example to look towards, and the emphasis placed on education by his late father and trainer, Abdulmanap.

“That’s the way I grew up. For example, back in 2002, 2003, when my father had his first students, I was always with them. There were already world champions among them, and I was just 14 years old. And they thought I would become a teacher at school, not a sportsman, because I was so focused on education,” Khabib said.

“Yes, I was training at the same time, but studying always came first. My father didn’t even let me attend training if I had bad marks. He said: ‘First, study well, then I’ll let you train’.”

Devout Muslim Khabib, 32, has been vocal on social issues in his homeland before, voicing concerns over the hosting of rap concerts and the staging of a play which carried themes of infidelity seduction.

Last October, the UFC champion took aim at French President Emmanuel Macron for his perceived lack of respect towards Muslims.

Macron had defended the right of satirical magazine Charlie Hebdo to publish cartoons of the Prophet Muhammad and claimed that Islam was a religion “in crisis all over the world.”

Also on rt.com
Khabib attacks Macron: From rows with rappers to rage over ‘filth’ at the theater, UFC champ has never been shy to voice beliefs