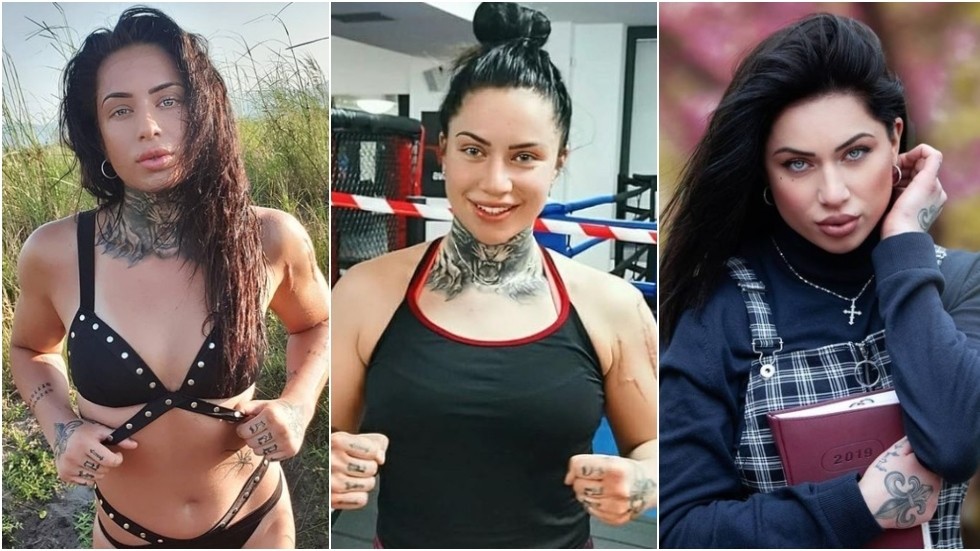 When the Professional Fighters League (PFL) finally returns later this year it will have a new addition to the women’s lightweight ranks as Julija Pajic steps into the fray to chase the $1 million prize on offer.

The PFL was forced to scupper its 2020 season due to the pandemic but has promised to return with a bang from April, when contenders will kick off their campaigns to capture the seven-figure sum paid out for divisional kings and queens.

Currently ruling the women’s lightweight roost is American double Olympic judo gold medalist Kayla Harrison, who has been imperious and undefeated in her eight professional MMA contests to date.

But one of the more intriguing pretenders to Harrison’s throne this year is Pajic – a 23-year-old rising star who is unbeaten in three professional outings, picking up two knockouts and one submission.

An imposing presence, Pajic is German-born but represents Montenegro and trains in Croatia.

She shot to viral fame in Germany after taking on – and stopping – a male rival in an inter-gender exhibition bout last year.

“For me I just wanted to fight for a man because all my life it’s been a dream no matter who comes in the cage I want to show that I can also fight a man,” Pajic told The Sun recently.

“A lot of people found out about the fight – it’s a girl against a man, it’s not something that happens everyday.”

In truth, Pajic faced little resistance in an embarrassingly one-sided contest, and will know that far sterner tasks lie ahead among the eight women on the roster in the 155lbs PFL ranks.

The tattooed Pajic – who boasts an Instagram following of just under 17,000 – has already graced magazine covers in Bosnia and Herzegovina.

In past interviews she has opened up on her many scars, even claiming that they came from a tiger attack.

“Many think I had a car accident. They often ask me about it,” she told Azra magazine.

“When I say I had a fight with a tiger, many think I’m not normal, but let them think that.”

Elsewhere, however, she has appeared to suggest that the story isn’t true and has been hyped up.

The eight contenders will contest quarterfinals and semifinals before a lucrative final showdown at the end of the year.

The woman to beat is the ominous Harrison, 30, who has previously billed herself as ‘the female Khabib’ due to her dominance the formidable ground game similar to the reigning UFC men’s lightweight champion.

Harrison was crowned PFL lightweight queen in 2019 when she defeated Brazil’s Larissa Pacheco – another contender this time around – in the final.

Such is Harrison’s potential, she has been tipped as possibly the woman to challenge relentless UFC ‘champ champ’ Amanda Nunes.


But with her profile already increasing, the raven-haired Pajic knows that making waves among such stellar names as Harrison in the PFL ranks would boost her stature even more significantly.

However, she has said that her life would change little even if she were to cause a sensation and win the tournament outright, along with its $1 million payday.

“I would help people, for example who are ill or with mental health, and also I want to give money to my mum. For so many years she gave me money for training and because of her I am where I am now.

“I want to give this back to her. I am also sure she would give money back to my grandma in Montenegro as there is not much money there.”

The 2021 PFL Season formally begins on April 23, with the women’s lightweights in action later on May 6.

Announcing the promotion’s return, PFL CEO Peter Murray said: “Each fighter has his or her own unique journey and we are confident the PFL will provide them and our fans with ample opportunity for exciting matchups making it a great season.”