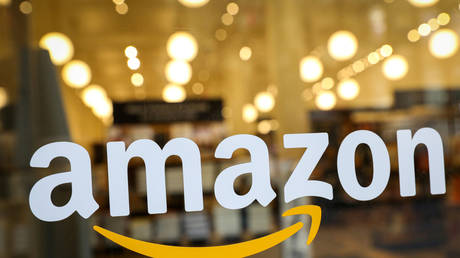 New York state’s attorney general has dismissed Amazon’s move to preemptively sue the office over its inquiries into the e-commerce retailer’s alleged neglect of employee safety amid the pandemic as a “sad attempt” at distraction.

On Friday, Amazon sued NY Attorney General Letitia James, accusing her of legally threatening the company and overstepping her remit. The suit also said that an unannounced city inspection of Amazon’s Staten Island facility on March 30 – the first day of worker protests over conditions at the site – found that complaints about safety were “completely baseless”.

Responding to the suit, James tweeted that Amazon’s decision to sue was “a sad attempt to distract from the facts and shirk accountability for its failures to protect hardworking employees from a deadly virus.”

Also on rt.com
Jeff Bezos says he’ll leave role as Amazon CEO this summer to head up company board


James added that her office would be reviewing its legal options in light of the lawsuit, but would not be intimidated by “corporate bullies that put profits over the health and safety of working people.”

Employee complaints about how Amazon was managing workplace safety early on in the pandemic came to a head in March and April 2020, when workers protested over conditions at a Staten Island warehouse, claiming anti-Covid measures were inadequate and they were not being paid sick leave. Amazon then came under fire for sacking protest organizer Christian Smalls soon afterwards for, the company said, violating his paid quarantine by attending the Staten Island protest in person.

Also on rt.com
How Amazon’s Ring, the privacy-busting doorbell surveillance tool, is extending its influence with police across the US


The state AG opened an inquiry into Amazon’s actions after Smalls was fired, and the former employee himself filed a class-action suit against the retailer in November, seeking damages for his firing, and accusing the company of allegedly putting minority workers at risk of Covid.

In early October, Amazon published a blog post detailing its coronavirus precautions, including temperature checks, and revealed that 19,816 of US frontline workers across Amazon and its Whole Foods subsidiary had contracted Covid-19 since the start of the pandemic. The figure equates to some 1.44 percent of the firm’s frontline workforce in the US.