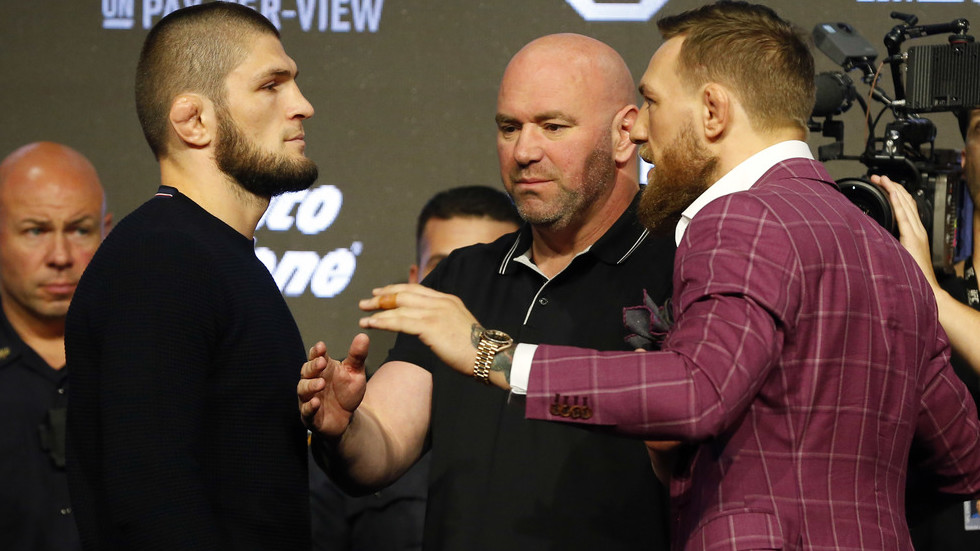 UFC president Dana White has said that he remains confident that lightweight champion Khabib Nurmagomedov can be persuaded to return from retirement for the “right guy” – and White believes that man is arch-rival Conor McGregor.

Say what you will about Dana White – and many do – but you cannot fault his persistence.

Ever since the undefeated Nurmagomedov announced his retirement moments after his 29th career win against Justin Gaethje last October, White has attempted to cajole the Russian champion back to the Octagon – so far without success.

Last month, during the UFC’s residency on ‘Fight Island’ in Abu Dhabi, White teased closure on the matter when he said he was set for crunch showdown talks with Khabib to iron out his future once and for all.


But if fans were expecting a black or white answer, they were instead offered something in more of a grey hue when the answer which came from the meeting wasn’t yes or no, but maybe.

Now, as we approach six months since Nurmagomedov’s retirement and his unwillingness to cede an inch to speculation about a comeback, White has once again cast a wide net in his bid to tempt the dominant champion from the sidelines.

Speaking to the media in Las Vegas ahead of this weekend’s UFC 258 card, White was asked if he was going to “leave Khabib alone” and allow him to concentrate on his post-fighting career.

White’s response was simple: “It’s not going to happen.

The UFC boss cited Nurmagomedov’s acceptance of another meeting to discuss his future as evidence that a deal can be struck between the two – even if White wants it to come against a fighter who Nurmagomedov has repeatedly insisted he wants little to do with.

“Hey, Khabib’s not meeting with me for no reason,” White said. “He would say, ‘There’s no need to meet. What’s the point in having a meeting? Love ya, it’s been great. Thank you, but we don’t need to meet. You know my answer.’ He hasn’t said that, has he?

“I also believe he hates Conor McGregor so bad. The hate that these two have is as real as anything you have ever seen. And I believe that if Conor came out of this thing, and Conor was going to be the guy to win the title?

“Now I truly believe that he would fight Conor. I believe that. Maybe I’m wrong but we’ll see how it all plays out.”

Also on rt.com
‘When the game gets ahead of you, you should stop’: Khabib advises UFC icon Edgar to call it quits after devastating KO defeat


White’s angle on this is a simple one: Khabib vs. McGregor II is, by far, the biggest fight that the UFC can currently produce, and it would likely shatter the box office record set two-and-a-half years ago in their first fight.

But Nurmagomedov’s rhetoric post-retirement has been clear: he will only fight again if something really interests him, and it doesn’t seem that the athletic challenge posed by McGregor – particularly following his defeat to Dustin Poirier – is robust enough. Nor does he appear to care about how many zeros may or may not be on his paycheck.

For now anyway, White isn’t going to give up on the chance of just one more Octagon appearance for Khabib Nurmagomedov – even if many others in the sport have.