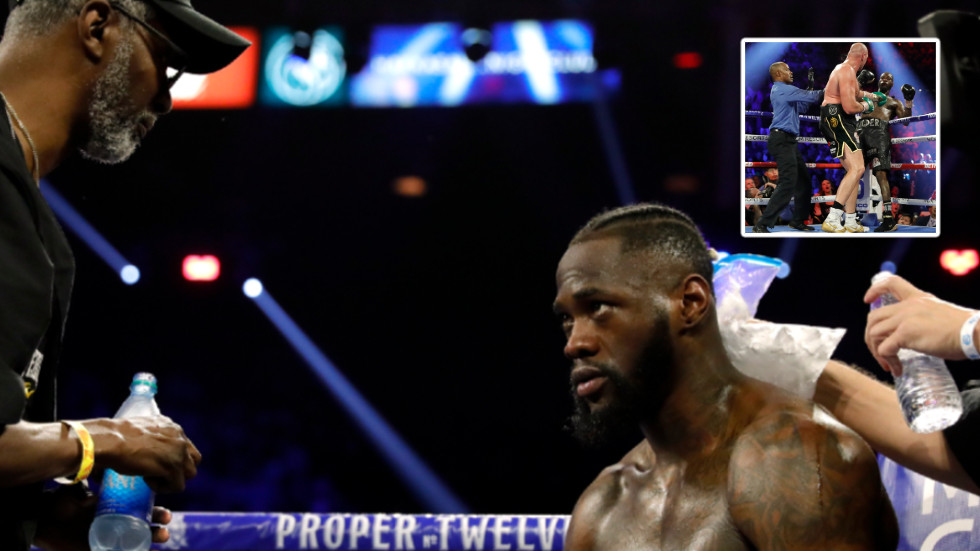 The very public divorce between Deontay Wilder and his former trainer, Mark Breland, has hit new heights after Breland criticized the Bronze Bomber’s ring skills, revealing that he hasn’t got much except for a powerful right hand.

Breland was ushered out of Wilder’s camp shortly after throwing in the towel in the seventh round of last year’s WBC world heavyweight title showdown against Tyson Fury, which ended with a prolonged assault against the ropes for the fighter.

Ex-professional Breland’s decision handed Wilder the first defeat of his professional career. Beyond that, it severed entirely a relationship between the pair which first began in 2008.

Most observers agreed that the decision to call the fight off was a smart one, given that Wilder had already been clubbed to the canvas on two occasions by the giant Brit.

Also on rt.com
‘I don’t feel ANY love from that man’: Heavyweight contender Wilder DISMISSES boxing great Mayweather’s offer to train him as FAKE


Wilder, however, has since cited several conspiracy theories to explain his sub-par performance.

Among them, he has said that the elaborate costume he wore on his ring-walk was too heavy and wore out his legs. He also suggested that his drinking water had been spiked with a muscle relaxant – and hinted that Breland may have been responsible.

After facing several fanciful claims from Wilder and his camp in recent months, the frustrated Breland – a former Olympian – has hit back.

“With Deontay and I, that’s a part of boxing I guess. His career is done now, so, I’m done and he’s done. I’m done with him,” Breland recently told The Fight Is Right.

“One thing you all like to say [about Wilder] is that he’s got a lot of power and that’s all. I wish him well and that’s it. [He’s] only got his power and we’ll see how far that takes him – that’s all I’m going to say.”

Pulling no punches, Breland also hit out at the level of competition faced by Wilder during his undefeated run – with the 57-year-old trainer saying that even he would have been able to beat most of Wilder’s opponents.

“If I boxed the guys he boxed, I’d beat them. That’s the bottom line,” he said. “You say he had some ‘good wins’? Luis Ortiz was a good win. Just that fight, that was it.”

And when asked bluntly if Wilder had a respectable jab, Breland responded simply: “No.”

Also on rt.com
‘You’re a grown-ass man’: Boxing warrior Wilder warned to ‘stop being a B*TCH’ over torrent of BIZARRE excuses for Fury battering


Breland’s theories will no doubt come under the microscope when Wilder next has an opportunity to fight. It remains unclear as to the identity of his next opponent, despite being contractually entitled to a third fight with Tyson Fury.

Representatives for Fury have positioned themselves to face the other man to hold recognized world titles in the sport, Anthony Joshua, in a fight billed as the biggest fight in the history of British boxing.

Whether or not that comes to pass still remains to be seen. One suspects that Breland wouldn’t be averse to the idea of seeing his ex-student take on Fury one more time – even if only to prove his own points after their acrimonious break-up.

Also on rt.com
‘You got knocked the f*ck out by a chubby kid’: Tyson Fury starts his smacktalking year with kisses for arch-rival Anthony Joshua