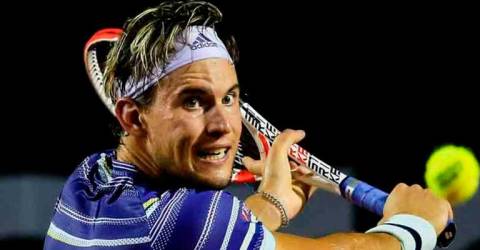 MELBOURNE: Dominic Thiem (pix) produced a comeback for the ages to overhaul a fired-up Nick Kyrgios in a five-set classic at the Australian Open on Friday and send a baying crowd home in disappointment on the last night before a five-day lockdown in Melbourne.

In the bearpit atmosphere of Kyrgios’s favourite John Cain Arena, US Open champion Thiem dragged himself off the canvas in a thrilling 4-6 4-6 6-3 6-4 6-4 win over the Australian showman to reach the fourth round.

The Austrian third seed was shellshocked for the first two sets, barely able to lay a glove on Kyrgios, who channelled the crowd’s energy to produce some electrifying tennis.

But Thiem transformed from timid to terrific as his serve revived, and he lived to set up a battle with Grigor Dimitrov for a quarterfinal spot after sealing the match with a majestic backhand down the line. – Reuters