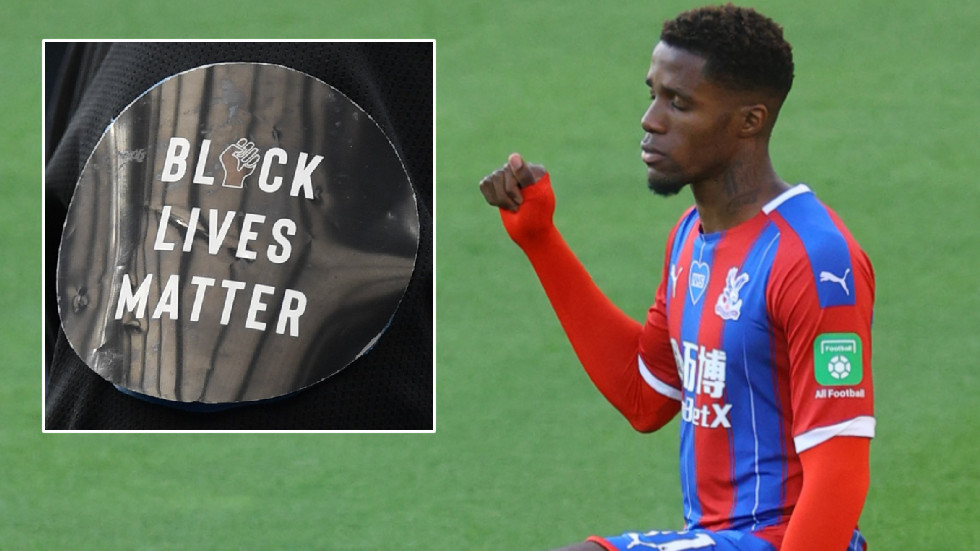 Crystal Palace forward Wilfried Zaha has hit out at the ongoing Black Lives Matter protests in English football, saying that it is “degrading” to kneel before each game without seeing any real substantive culture change.

The Ivory Coast international has been a target for social media trolls – including from a 12-year-old boy – amid the ongoing debate about online racial abuse and says that he has grown weary of the pre-game ritual of taking a knee prior to kick-off, which was designed to demonstrate that black players matter just as much as their white counterparts.

The 28-year-old ex-Manchester United player also slammed football authorities for endorsing the protests so vigorously when, he says, it hasn’t led to any meaningful change within the sport.

“The whole kneeling down – why must I kneel down for you to show that we matter?” Zaha told the On The Judy podcast.

“Why must I even wear Black Lives Matter on the back of my top to show you that we matter? This is all degrading stuff.”

Black Lives Matter protests have been commonplace in English football since the death early last summer of African-American man George Floyd while in police custody.

Cell phone footage shot of the incident ignited a furious racial debate in the United States – much of which has continued in European sport.

But Zaha claims that the protests have been diluted to such an extent that they are little more than exercises in “box ticking”.

“When people constantly want to get me to do Black Lives Matter talks and racial talks and I’m like, ‘I’m not doing it just so you can put Zaha spoke for us’. Like a tick box, basically,” he said.


“I’m not doing any more because unless things change, I’m not coming to chat to you just for the sake of it, like all the interviews I’ve done.

“All these platforms – you see what’s happening, you see people making fake accounts to abuse black people constantly, but you don’t change it.

“So don’t tell me to come and chat about stuff that’s not going to change. Change it.”

The debate has been amplified recently by a spate of incidents involving the racial abuse of black footballers.


Earlier this month, an Irish teenager escaped jail time after sending a series of aggressively racist messages to former Arsenal and England striker Ian Wright after he used the player’s likeness in a video game.

Wright subsequently expressed his anger that the 18-year-old Irishman escaped without punishment.

As Zaha alleges, nothing will change within the sport until examples are made of those who use social media to express racist and demeaning motives.

“All that stuff that you lot are doing, all these charades mean nothing,” he said.