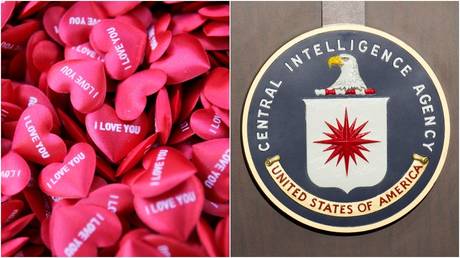 The Central Intelligence Agency left social media users feeling slightly uncomfortable on Valentine’s Day with a bizarre bit of poetry in celebration of the romantic holiday.

“Roses are red. Violets are blue. Happy Valentine’s Day from the CIA to you!” the controversial government agency tweeted on Sunday.

The tweet was a follow-up to a previous coded message released earlier in the week that the CIA had asked people to decipher.

Considering the majority of the time the CIA is mentioned, it involves debates surrounding accusations of spying on private citizens, covert overseas missions, torture, or meddling in foreign governments, a Valentine’s Day message from the agency did not seem to be what people expected – or wanted – from the CIA’s Twitter account.

“The new woke CIA is so cuddly and lovable,” the right-leaning Zero Hedge Twitter responded to the tweet.

“Unserious,” Sebastian Gorka, a former official in the Donald Trump administration and frequent critic of the intelligence community, wrote in reaction.

“I’m nostalgic for the days the CIA skulked around in the dark doing scary things instead of trying to get more likes and RTs on Valentine’s day than Dorito’s corporate twitter feed,” author Matt Stoller tweeted.

Some responded slightly more positively by offering some love back to the CIA with their own Valentine’s Day poems.

“Roses are red. Violets are blue. I would have expected a better poem from you,” reporter David B. Larter tweeted. “Not all great riders. Are cut out for dressage. Stick to your day job. Of espionage.”

A better tweet from CIA: ROSES ARE REDYOUR UNDERWEAR ARE BLUEHAPPY VALENTINES DAYWE’RE WATCHING YOU

The CIA’s Twitter page is mainly dedicated to celebrating the agency itself and its history, but it often puts out coded messages for users to take a stab at cracking. One coded message from last month ended up reading, “our mission is straightforward but critical: leverage information to keep our nation safe.”

Also on rt.com
America, it’s 10pm. Do you know where your country is bombing?