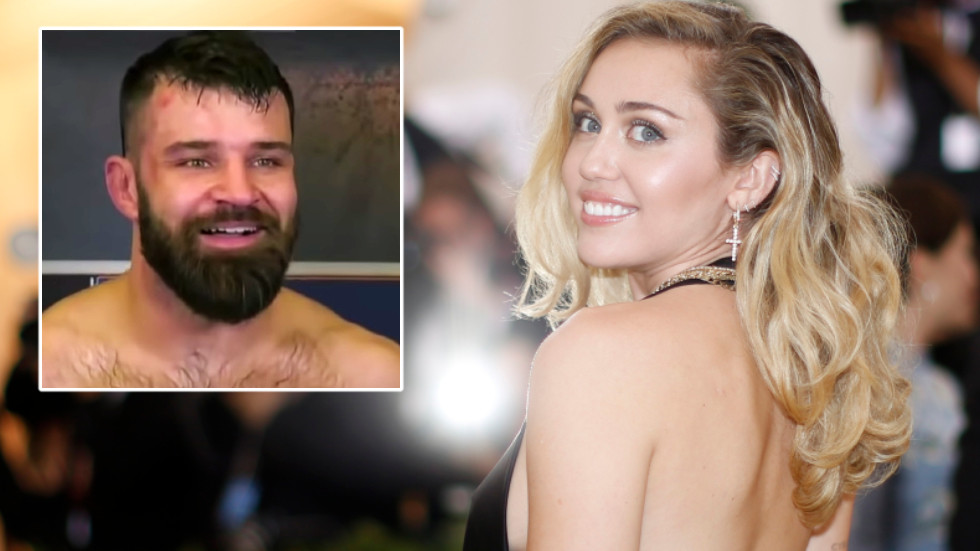 It was a doubly successful night for middleweight fighter Julian Marquez at Saturday night’s UFC 258 event in Las Vegas. Not only did he submit foe Maki Patolo, but he seems to have scored a date with pop star Miley Cyrus.

Marquez scored his third win inside the UFC Octagon with a third-round anaconda choke submission of Hawaiian fighter Pitolo at the UFC Apex last Saturday but the 30-year-old star, who goes by the moniker ‘The Cuban Missile Crisis’, might just be set for a further adventure after Cyrus responded positively to his advances after his St. Valentine’s Day Massacre.

“I’ve been waiting 31 damn months to get on this mic and to call these people out right now,” a fired-up Marquez said after his win.

“This is my time to shine. So, Miley Cyrus: will you be my Valentine?“

UFC commentator Joe Rogan doubled down on Marquez’s plea, saying: “Miley, you heard the callout – it’s your turn to respond.”

And respond she did.

Hours after Marquez’s plea made its way across the social media landscape, the ‘Bangerz’ star issued her response.

Shave an MC into your chest hair and I am YOURS ❤️ Happy VDay and Congrats my love!

“Shave an MC into your chest and I am YOURS,” she wrote on Twitter.

“Happy VDay and congrats, my love!”

Marquez will no doubt be overjoyed that his ‘Hail Mary’ attempt at gaining Cyrus’ attention seems to have worked.

It remains to be seen if he will follow through with her request at carving her initials into his chest – but hey, you can’t blame a guy for shooting his shot.

Also on rt.com
‘Put some respect on my f*cking name’: Kamaru Usman creates history as he finishes Gilbert Burns at UFC 258 (VIDEO)