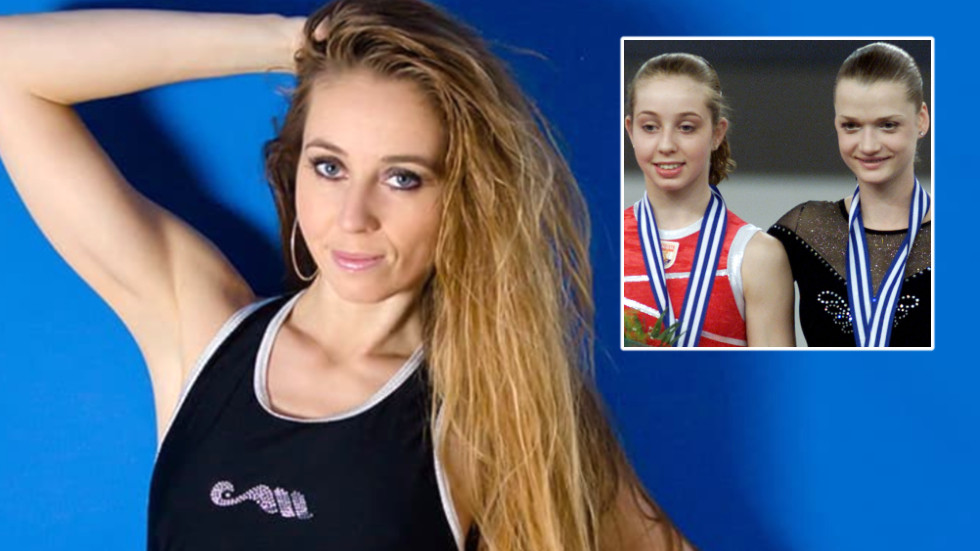 Now 35, the 2002 World Cup Final gold medalist admitted that she smeared herself with mud, yogurt, whipped cream and chocolate as part of her move into the adult industry between 2011 and 2019, providing “dirty” entertainment that included bizarre sock-based fetishes in response to requests from fans.

“I think this is a normal job,” Van de Leur told Meduza, having turned to the racey subscription-based site since her work as a speaker was curtailed by the Covid-19 pandemic.

“I hope I can break the cliche and let other people see that you can work for yourself, according to your own rules – that you can be proud of your body and make money with it.

“I still get a lot of video offers but now I am doing non-porn videos and photos. This could be a shoot in nylon stockings or something related to gymnastics. Sometimes I do a striptease, I strip down to my underwear.”

Asked whether she had any limits to her performances, Van de Leur revealed that she would not have sex or work with a film crew of strangers or engage in activites that were painful or illegal.

The five-time European Championships medalist answered a question about faking orgasms by conceding that she had “moaned too loudly” for effect, and said that she had never regretted a move into an industry that she was proud of.

Despite her stratospheric sporting successes, Van de Leur had a troubled relationship with gymnastics and has led calls for investigations into the welfare of young athletes and potential abuse in the sport after speaking out on a wide range of traumatic experiences she said she had suffered.

She became Dutch champion for a fourth time in 2007 after starting to work in Nijmegen under Russian coach Boris Orlov, who she praised in the interview for running more enjoyable training sessions that included “less fear” around attempting difficult moves.

She also had a close rivalry with multiple Olympic and world champion Svetlana Khorkina, including finishing second to the Russian at the European Championships in 2002.

“In the beginning, I only knew her on TV when I watched the World Championships or the Olympic Games,” recalled Van de Leur.

“But when you meet an idol in the hall, it is something unreal. I did not see any flaws in her – perhaps she very carefully hid them from rivals.”

Van de Leur said she dealt with her early fame by remaining “glad I wasn’t Britney Spears or some superstar”, but endured a difficult time in the aftermath of her time in gymnastics.

“I don’t know how long the lockdown will last,” she said of her current situation. “The government does not compensate me for anything, but I have to live somehow.

“I am proud of my work and while I can still make money from it, why not? Of course, this was not my plan when I announced my retirement in December 2019, but since then many people’s lives have changed.

“Belgium and Holland are still locked down. We were told that until everyone gets the vaccine, life will not be normal. I cannot look into the future.

Also on rt.com
‘One of the luckiest escapes I’ve ever seen’: Olympic skiier Maxence Muzaton dodges disaster with incredible spin at 70mph (VIDEO)