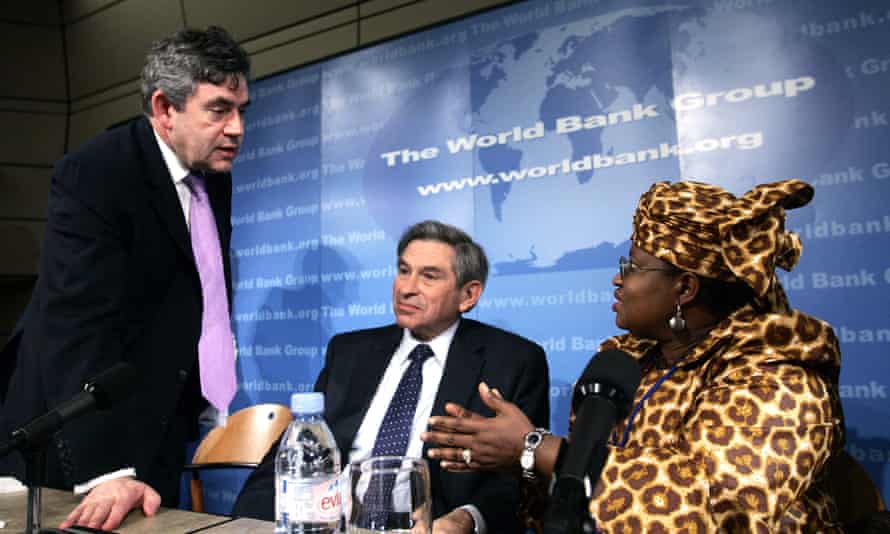 Even for an economist, there are lots of very large numbers in the life of Ngozi Okonjo-Iweala. As the chair of Gavi, the Vaccine Alliance, she has overseen the annual immunisation of millions of children. When managing director of the World Bank, she oversaw $81bn worth of operations. In her stints in charge of Nigeria’s finances, she tackled Africa’s most populous country’s $30bn debt. And she has 1.5 million followers on Twitter.

There are lots of smaller numbers too: the 20 non-profit organisations which have appointed Okonjo-Iweala to their advisory boards, the major banks and corporations she has advised, the 10 honorary degrees in addition to her own doctorate, 20 or so awards, dozens of major reports authored, and the books.

On Monday, Okonjo-Iweala looks set to be added to a new list: that of the director generals of the World Trade Organization (WTO), a position which has never before been occupied by an African or a woman, let alone an African woman. She will take over the institution, with its budget of $220m and staff of 650, at a critical time.

It will be the moment to put all the number-crunching experience she has gained over a 40-year career to use. The global trading system – with the WTO at its heart – is facing a ‘make-or-break’ moment, say experts. But can Okonjo-Iweala fix it?

Okonjo-Iweala was six when Nigeria gained its independence from Britain in 1960. She grew up in a small village in the country’s southern Delta State. Her parents, both distinguished academics, were studying in Europe on scholarships so she and her six siblings were raised by a grandmother.

Life was not easy. By the time she was nine, Okonjo-Iweala had learned to cook, fetch wood and manage many of the household tasks.

The brutal civil war pitting the separatist Biafra state against the Nigerian central government disrupted her education, and exposed her to further hardship.

“I was eating one meal a day and children were dying. So, I learned to live very fugally. I often say I can sleep on a mud floor as well as a feathered bed and be very comfortable. It has made me someone who can do without things in life because of what we went through,” Okonjo-Iweala told Forbes magazine last year.

When her three-year-old sister became chronically ill with malaria, it was Okonjo-Iweala who carried her for three miles to the doctor’s surgery, pushing through a crowd of 600 and climbing through a window to get the treatment that saved the child’s life.

At the end of the war, Okonjo-Iweala went to the US to study economics at Harvard and MIT (Massachusetts Institute of Technology), married her childhood sweetheart and, at the age of 25, began working for the World Bank, rising steadily up the institution’s hierarchy, travelling widely, and only leaving when invited to be finance minister of Nigeria in 2003.

The appointment plunged Okonjo-Iweala into a no-holds barred battle to force through controversial economic reforms.

“When I became finance minister they called me Okonjo-Wahala– or Trouble Woman,” she told the Guardian in 2005. “It means: ‘I give you hell.’ But I don’t care what names they call me. I’m a fighter; I’m very focused on what I’m doing, and relentless in what I want to achieve, almost to a fault. If you get in my way you get kicked.”

She also tackled Nigeria’s massive debt by convincing sceptical western powers to grant relief. Gordon Brown called her “a brilliant reformer”, though others were less appreciative of the deal she did with creditors. Some commentators point out that many of the promises she made to Nigerians of economic growth and job creation went unfulfilled.

“She can be really firm and bold, maybe scary to some people but at the same time she’s still her[self]. A woman who makes us laugh. She has jokes,” said Ada Osakwe, an economist who worked with Nigeria Okonjo-Iweala in government.

Now that the US elections have removed the opposition of the Trump administration to her appointment, it will be the WTO that she will run. This is a far more exposed, and far more influential, position than any Okonjo-Iweala has held before.

The Geneva-based organisation has faced bitter criticism from all quarters for decades. It was the primary target of an entire movement protesting against the more nefarious consequences of the form of capitalism and process of globalisation it promotes, while more recently has been attacked by the US for failing to tackle the challenge posed by China’s model of state capitalism.

Poorer nations in the global south have long protested the advantages they say it has given the developed world, and their relative lack of influence over decision-making compared with richer states. Agricultural subsidies have been a particular point of contention. The organisation has not sealed a major multilateral trade deal in years and hopes that it can somehow curtail over-fishing or help manage the commercial wild west that is e-commerce have been dashed.

“The WTO needs … a fresh look, a fresh face, an outsider, someone with the capability to implement reforms and to work with members to make sure the WTO comes out of the partial paralysis that it’s in,” Okonjo-Iweala said in an interview with CNN.

Osakwe, the economist, said the appointment was “big deal for Africa and it’s a big deal for the world”.

“Having such a remarkably accomplished woman, take the helm of an institution that needs some level of a shake-up, given everything that’s happening with trade in the world, the fights between the US and china. She has been in the trenches,” she told the Guardian.

Last week, Okonjo-Iweala told her Twitter followers that she was looking forward to “finalising the process of WTO’s DG” and issued a statement

“There is vital work ahead to do together,” she said.