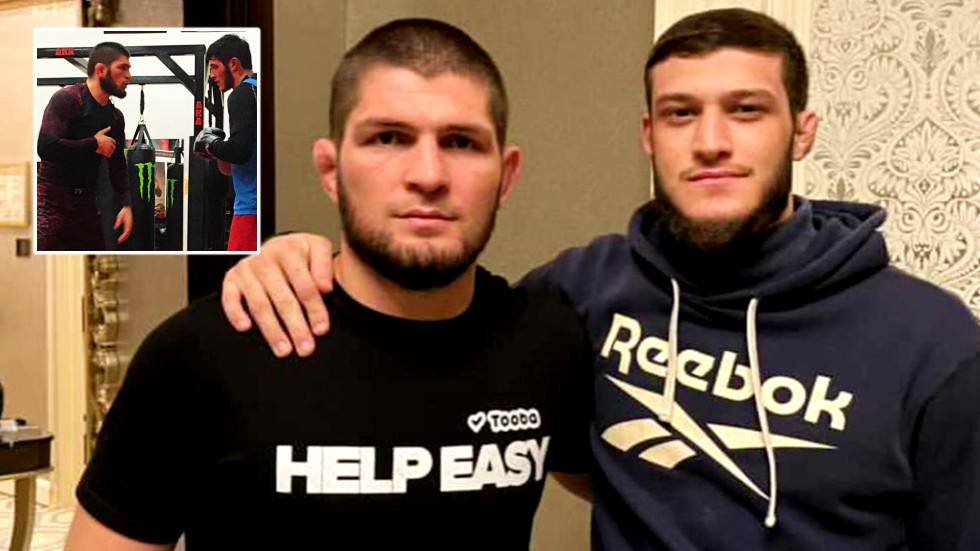 Khabib Nurmagomedov has demonstrated his managerial qualities in a phone call to Yahya Saad after his win over Igor Lisovsky, offering measured praise to the American while urging him to improve and advising him on media duties.

The rookie used his phone speaker to share words of wisdom from Russian UFC icon Nurmagomedov in the aftermath, with the champion and businessman refusing to go easy on his friend after his win against Lisovsky.

“You’ve got to push,” Nurmagomedov told his fellow lightweight, showing that he has lost none of the perfectionism that has been a hallmark of his approach.

“Always, you’ve got to be training. You have to know, brother. I’ll always say something. We have a lot of mistakes but we are going to work on this.”

A long-term member of Nurmagomedov’s training team, Saad shared photos of himself embracing the Dagestani and working with him in the gym on Sunday.

“Always supported me, pushed me, gave me advice from the heart,” he said, describing Nurmagomedov as a “mentor” and “coach” who had “always been a big brother.”

In the post-fight clip captured by RT Sport, Nurmagomedov also offered guidance on speaking to the press and closing words of encouragement.

“Tell the media you are going to come back in September in Moscow in this arena [Irina Viner-Usmanova Gymnastics Palace],” he said.

“Yes, brother, I am proud of you. Congratulations, brother – I am very happy for you.”

Also on rt.com
‘He can say whatever he wants’: UFC president Dana White ‘truly believes’ Khabib Nurmagomedov will return for Conor McGregor fight