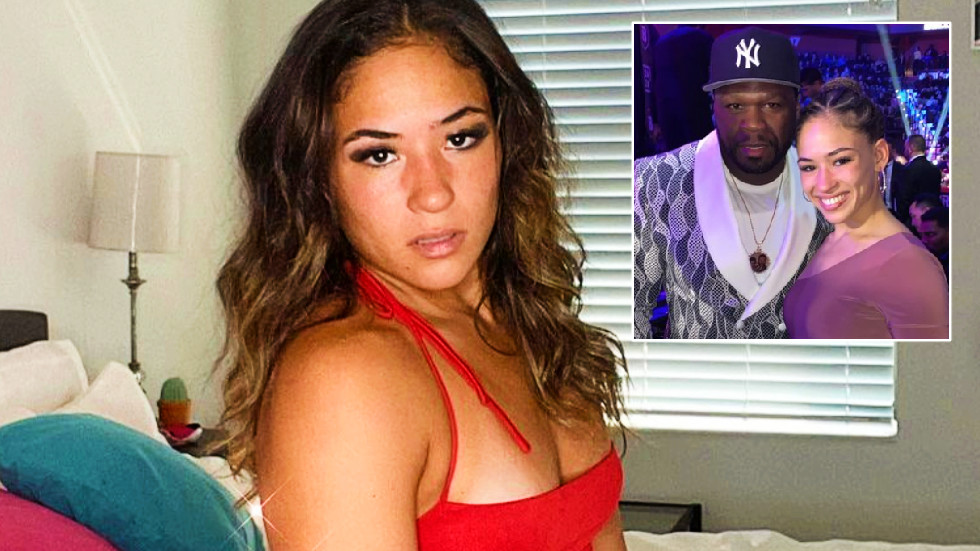 Bellator newcomer Valerie Loureda, whose reputation for scantily-clad snaps and regular updates has seen her amass more than 754,000 followers on Instagram, has said she will be “the most respected and honored woman of all time”.

Describing her debut win over Colby Fletcher on a Bellator card in the US in 2019 as “the moment my life changed”, the hugely popular flyweight shared photos of her locker room, walking into the octagon with her name and face in lights and posing with superstar rapper and celebrity 50 Cent having “quickly transformed back to myself” by donning a dress afterwards.

Demonstrating the same emotional mood she was in when she revisited the scene with ex-UFC star Yoel Romero earlier this month, Loureda looked back on her first appearance at the Mohegan Sun Arena in Connecticut and admitted that she “had no idea what I had gotten in to.”

“I forced myself to rise above the pressure and fears I was facing and a star was born,” she proudly told her fans.

“The world got to see me for the first time, and in that exact moment I knew I was exactly where god wanted me to be. The adversity, pressure, fears and doubts I have faced at such a young age has proven a lot about myself and my relentlessness as a woman.

“I forced myself to be in uncomfortable positions and grow. I am just so grateful for the opportunity Bellator MMA gave me and I gave them my word that I would be the biggest star in MMA. I promise you, I am going to be.”

The three-fight unbeaten prospect also shared a snap of a humble apartment that she said had been her modest accommodation before she began fighting professionally.

“I went from living in a little studio with no kitchen, no air, no washer and no dryer to my first real lease after that fight,” Loureda explained.

“The sacrifice and pain I struggled with every day made me so hungry to be great. I wouldn’t change it for the world.

“And here I am today, a 22-year-old girl who had a dream and believed in herself more than anything in the world.

“Two years later, I am still that same girl with big, big dreams, more ready to encounter any obstacle or challenge life throws on me and become the most respected and honored woman of all time.

“Nineteen years of hard work, discipline and sacrifice, and now it’s time to take over and dominate.”

Loureda has not specified when she will fight next, although she recently said she had begun a fight camp diet. That could be in preparation for the only event of the year announced so far by Bellator, which is due to take place at the arena in March.