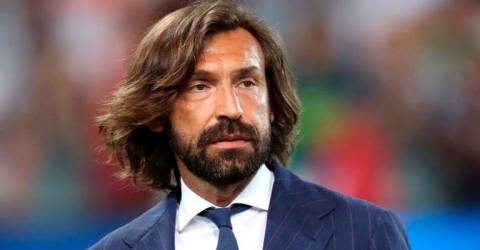 ROME: Andrea Pirlo says that Juventus (pix) are dreaming of ending their 25-year wait to win the Champions League but urged caution ahead of his side’s last 16 trip to Porto on Wednesday.

The Italian champions travel to Portugal for the first leg after impressing in the group stage by finishing ahead of Barcelona to top Group G with five wins from six games.

Juve haven’t won European football’s top prize since 1996, losing five finals since then, but Pirlo believes that anything is possible once the knockout stages get underway.

“The Champions League is a unique competition; the level is elevated from the league,” he told a news conference.

“There are a lot of teams who want to win it, but it depends on how you prepare mentally and physically.

“We’re on the same level as the others, some might be more favoured but when you get to the last 16 everyone has the dream of going all the way.”

Pirlo is in the first season of his coaching career but knows all about the Champions League from his playing days, having won it twice with AC Milan and finishing as a runner-up with Juve in 2016-17.

“When you’re playing in a last 16 game the adrenaline rises so much that you can do important things,” he said.

“Unfortunately, I can’t go out on the pitch to help them, but we need to be careful because we’re playing 180 minutes and tomorrow won’t be decisive.

“It’ll be a very complicated match, they defend very well. They’re compact, in the style of Atletico Madrid, very good at keeping it tight with two lines of four.

“We’ll need to be patient and not force things because they have quick players on the counter-attack.”

The Serie A champions travel to Portugal on the back of a 1-0 league defeat by Napoli on Saturday, a result that ended a seven-match unbeaten run in all competitions.

It was a blow to Juve’s chances of defending the league title, but captain Giorgio Chiellini insists the result won’t weigh on the players’ minds.

“We’re coming off a very positive period,” he said.

“The game on Saturday doesn’t affect us, we need balance and the two competitions must be separated.”

Pirlo confirmed that Paulo Dybala and Leonardo Bonucci will miss the game through injury, but Aaron Ramsey has returned to fitness in time to feature. – Reuters