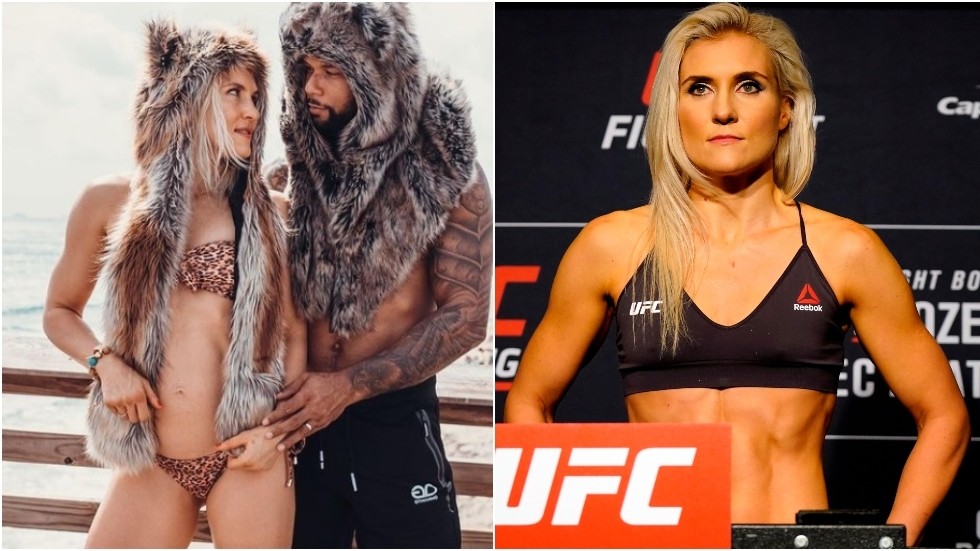 Russian bantamweight Yana Kunitskaya has whetted appetites for her return to action this weekend as she urged fans not to miss her contest against dangerous Brazilian Ketlen Vieira in Las Vegas.

Kunitskaya and Vieira have the honor of co-main event billing at the UFC Apex on Saturday’s Fight Night card headlined by the heavyweight showdown between Curtis Blaydes and Derrick Lewis.

Russia’s Kunitskaya and her Brazilian rival will be looking to reassert themselves into contention for a potential shot at 135lbs gold in the UFC women’s ranks, having both bounced back from defeats by winning their last trips to the octagon.

In the case of 31-year-old Kunitskaya, that victory came in a unanimous decision win against Lithuania’s Julija Stoliarenko back in August – returning the former Invicta FC standout known as ‘Foxy’ to the win column after a third-round TKO loss to Aspen Ladd in December of 2019.

The defeat to Ladd arrested the momentum that Kunitskaya had gained with two wins on the spin heading into the contest, although the number-seven ranked bantamweight will likely know that a strong performance against Vieira – who stands one rung above her on the 135lbs ladder – will push her back into the title conversation.


That discussion over bantamweight gold has stepped up in recent weeks, with the likes of Julianna Pena urging current bantamweight queen Amanda Nunes – who also rules the 145lbs roost – to face her or vacate the title, having not defended it for more than 12 months.

Nunes, 32, is currently occupied with an upcoming defense of her featherweight crown against Megan Anderson at UFC 259 on March 6.

Cranking up the anticipation for this Saturday night, Kunitskaya shared photos alongside fiancé and UFC light heavyweight Thiago Santos in furry headgear to promote her showdown with Vieira.

“It’s fight week,” Kunitskaya wrote along with the images, adding a note in Russian that her fans should not miss the clash with Vieira.

The photos with Santos came just days after the pair professed their love in a series of Valentine’s Day images in poses on the beach.

Kunitskaya – who boasts a career ledger of 13 wins, 5 defeats and 1 no contest – will face stern opposition in the form of Vieira.

The Brazilian suffered the first loss of her career in a first-round KO defeat to Irene Aldana at UFC 245 in December 2019, but bounced back with a unanimous decision win against Sijara Eubanks last September to improve her record to 5-1 in the UFC.

Kunitskaya and Vieira had initially been slated to meet in August, although ‘Fenomeno’ was forced out due to visa issues and the Russian went on to defeat Stoliarenko.

When the pair do finally meet this Saturday, it could go some way to shaping how the women’s 135lbs ranks shake out for the rest of the year, as contenders jostle for position in anticipation of life after Amanda Nunes.