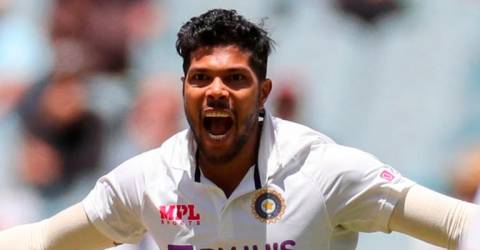 NEW DELHI: Seamer Umesh Yadav (pix) is set to reinforce India’s pace attack in the final two Tests against England after being recalled on Wednesday.

The 33-year-old had suffered a calf injury in Australia which kept him out of the first two Tests against England in Chennai.

“Umesh Yadav will join the team in Ahmedabad and after his fitness assessment will replace Shardul Thakur, who will be released…” the Indian cricket board said in a statement.

Seamer Mohammed Shami (arm) and spin all-rounder Ravindra Jadeja (thumb) continue to be out of action after failing to recover from injuries suffered in Australia.

Opener Shubman Gill, who suffered a blow to his forearm in the second Test against England, retained his place in the squad.

Left-arm spinner Shahbaz Nadeem, who played the opening Test against England, has been released from the squad.

India won the second match in Chennai to level the four-Test series.

Ahmedabad hosts the third Test, a day-night conTest, from Feb 24.

India need to win the series by any margin to make the final of the inaugural World Test Championship against New Zealand in June.

Joe Root’s England, on the other hand, need to win both the matches in Ahmedabad to reach the final on home soil. – Reuters