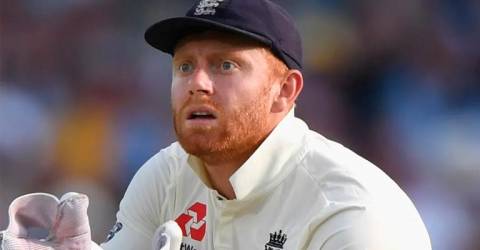 LONDON: Jonny Bairstow believes England will ultimately gain from their players’ involvement in the Indian Premier League even if it means they miss some international matches.

The wicketkeeper-batsman, already retained by Sunrisers Hyderabad, watched Thursday’s IPL player auction from the England camp in Ahmedabad, the venue for next week’s third Test against India.

Chris Morris became the most expensive player bought in the IPL when Rajasthan Royals splashed out $2.25 million (£1.6 million) on the South Africa all-rounder.

The Chennai Super Kings snapped up Moeen Ali for around $950,000 just days after the off-spinning all-rounder was released by England for a pre-arranged rest break.

It is a far cry from the days when the England management fell out with Kevin Pietersen over the star batsman’s involvement in the lucrative Twenty20 tournament.

England have already rested players from overseas duty this year while accepting they will play in the IPL.

It is also possible that those involved in the IPL play-offs could miss the first Test of their home 2021 season, against New Zealand in June.

But with several members of England’s 2019 50-over World Cup-winning side benefiting from IPL experience, Bairstow is in no doubt about the benefits provided by the competition.

“I think it’s part and parcel of the game at the moment,” he told a conference call with British-based reporters.

“It covers all three formats, playing alongside some of the best players in the world, not to mention in conditions similar to ones we are playing in currently and especially with a T20 World Cup coming up here in India (later in 2021).”

The 31-year-old Yorkshireman added: “If you look at our away record I think we’ve won six out of our last seven Tests and the (strong) performances we’ve had in ODI and T20 cricket over the last 12-24 months.

“Those results don’t come by prioritising one format over another.”

Bairstow was rested from the opening two matches of England’s ongoing Test series in India, which is tied at 1-1 but he could replace the struggling Dan Lawrence in next week’s clash in Ahmedabad. – AFP