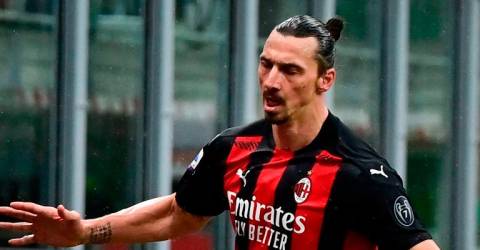 ROME: Former AC Milan owner Silvio Berlusconi has advised the club’s striker Zlatan Ibrahimovic (pix) to stay with the Rossoneri until he retires.

The 39-year-old Swede has been in superb form for the Serie A side this season, scoring 16 goals in 18 appearances in all competitions.

Ibrahimovic has been linked with Serie B side Monza, the club now owned by Berlusconi, but the 84-year-old former Italian Prime Minister believes he should stay at Milan.

“Ibrahimovic should finish his splendid career in a great way and I would advise him to do so at Milan,” he told Sky Sport Italia.

Berlusconi, who oversaw a period of glittering success as AC Milan President between 1986 and 2017, revealed a soft spot for their fierce local rivals Inter Milan ahead of the Milan derby on Sunday.

“Over the last two or three months I’ve watched Inter games and found myself, as a Milanese person, supporting the Nerazzurri,” Berlusconi said.

“I’m fond of Inter and hope they get good results. But clearly in the derby I’ll only be cheering for Milan.” – Reuters