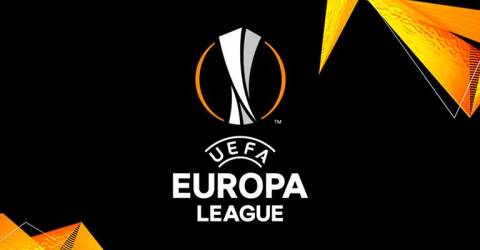 BELGRADE: An stoppage-time header by substitute Milan Pavkov earned 10-man Red Star Belgrade a 2-2 home draw with AC Milan in a pulsating Europa League round of 32 first-leg clash on Thursday.

Milan led 1-0 and 2-1 thanks to a Radovan Pankov own goal and a Theo Hernandez penalty but Red Star, who had Milan Rodic sent off in the 76th minute, hit back through a Guelor Kanga penalty and Pavkov’s last-gasp header.

Milan had two goals ruled out after VAR checks in the opening 12 minutes and missed several chances before Pankov stabbed the ball past his goalkeeper Milan Borjan in the 42nd minute as he tried to cut out a cross.

Red Star equalised against the run of play in the 51st minute when Alessio Romagnoli handled the ball in his area and Kanga drilled the spot-kick into the bottom right corner.

The visitors restored their lead on the hour when Pankov fouled Hernandez as Milan broke forward and the left back sent Borjan the wrong way with a clinical penalty.

Borjan saved a Samu Castillejo shot midway through the second half and tipped Soualiho Melte’s header over the bar after Rodic was dismissed for two bookable fouls.

But the hosts won a corner in the dying seconds and Pavkov, who scored twice in Red Star’s 2-0 win over Liverpool in a 2018-19 Champions League group stage match at the same venue, rose above a cluster of players to head home the equaliser.

In Prague, Leicester were held to a goalless draw at Slavia Prague in their Europa League last 32, first leg game behind closed doors on Thursday.

Leicester, who are third in the Premier League, dominated the first half on a chilly night, but reigning Czech champions Slavia looked more dangerous after the break.

The hosts decorated the empty stands to say “Slavia Prague Fox Hunting”, but it was the visiting Foxes who looked more hungry from the start.

Harvey Barnes set up Marc Albrighton outside the box in the first minute, but his low shot went wide.

Barnes himself then sprinted past the Slavia defence on the left flank and into the box on 14 minutes, only to see his effort denied by diving goalkeeper Ondrej Kolar.

Slavia, who focused on pressing the visitors high up, were reduced to half-chances in the first half, with Danish winger Alexander Bah heading their best attempt wide.

Slavia’s Romanian midfielder Nicolae Stanciu then sent a free kick right into Kasper Schmeichel’s hands before forcing a superb save from the Danish keeper an hour into the game.

The Czechs kept pushing but centre back Ondrej Kudela missed from long range after a corner on 72 minutes.

At the other end, Barnes chipped the ball over Kolar but missed the goal ten minutes later. – AFP