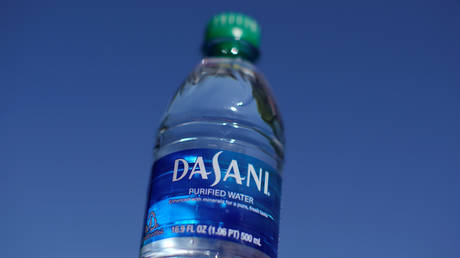 The Coca-Cola company donated several trucks worth of Dasani-branded water to Texans in need last week. Americans were quick to mock the move, however, as the water is often named one of the worst-tasting brands in the country.

According to reports, Coca-Cola sent six trucks’ worth of water to Waco, Texas, in an effort to help those in the state who are currently struggling without running water due to a winter storm that knocked out electricity, functioning pipes, and other infrastructure.

Though Waco publicly thanked Coca-Cola for sending the water, calling it a “good-hearted, compassionate” act of kindness and a “generous gift” that “will always be remembered,” others took potshots at the company for palming off the unpopular drink on thirsty Texans.

“I’ll die of dehydration before I drink Dasani water,”joked one Twitter user, while another claimed the melted snow Texans are currently using for water “still tastes better than Dasani.”

“This Dasani is so we can flush the toilets, right?” questioned an anti-Dasani Texan, with one Dallas woman tweeting that she wouldn’t even use the bottled water “to take a shower.”

Dasani has long been the target of bottled water jokes and criticism, with CheatSheet describing it as “one of the worst bottled water brands you can buy,” and 21Ninety warning, “It won’t kill you if you drink it, but it’s not the best.”

“Have you ever seen a completely empty bottle of Dasani anywhere, ever, other than maybe the finish line at a 5k? No. And there is a reason for this,” wrote Mashed in its December list of worst bottled water brands. “Because Dasani is the kind of water you only want to drink until you’re not thirsty anymore.”