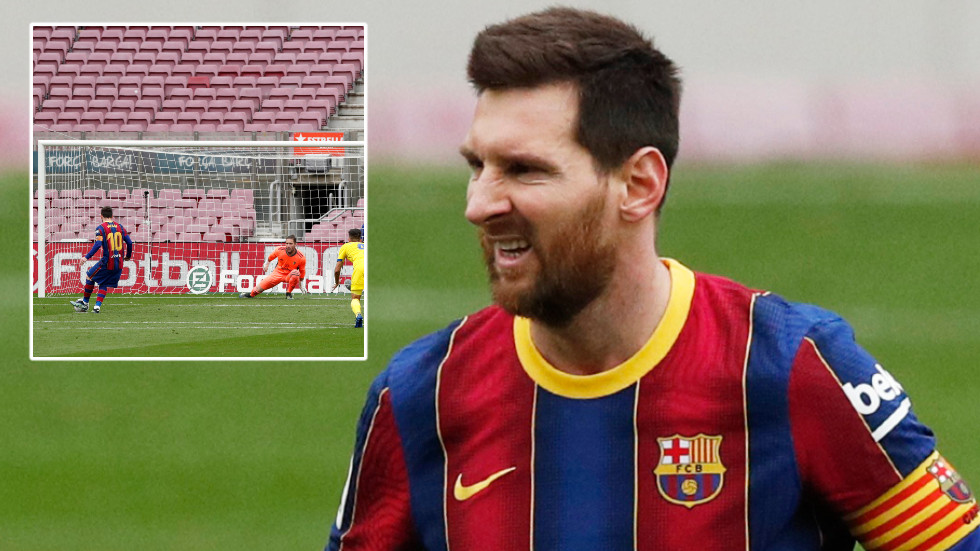 Lionel Messi broke a Spanish Liga record and scored on Sunday – but that was about all Barcelona had to celebrate as they dropped points at home to Cadiz, who were a second-tier club last season, for the first time since 1978.

After Tuesday’s Champions League bashing at home to Messi suitors Paris Saint-Germain, Barca could have expected some redemption at home to visitors who had spent 14 years outside of the top flight before being promoted last summer.

Facing a side hovering three points above the relegation zone before kick-off, Messi required five minutes more than the 28 he needed against Paris to again open the scoring with a cool penalty, setting himself up for an afternoon to remember as he broke former teammate Xavi’s record of 505 Liga appearances.

Yet there was more despair in store as the fallen giants failed to build on their advantage, giving Cadiz the opportunity to complete an unbeaten season against Barcelona by earning a point with their only chance of the game – a penalty in the last minute.

Messi also extended his record of scoring against the most clubs in the top flight, netting against the latest newcomers to ensure he has found the net against a remarkable 38 opponents in the league.

That will have been little consolation as his side spurned the chance to move three points closer to leaders Atletico Madrid, who are still a hefty eight points above them despite a surprise home defeat to Levante on Saturday.

“It hurts a lot,” frustrated defender Gerard Pique told reporters afterwards. “This was a great opportunity to get closer in the league table. Right now, I’m sad.”

Cadiz got their first point at Camp Nou since 1978.A game of two penalties, scored in both halves, sees Barça miss out on a chance to reduce gap to Atleti — who lost their game yesterday! pic.twitter.com/HBAobhbMAw

Influential Pique played after making his return from injury sooner than expected, having watched from the sidelines as Barca were ravaged by PSG in their round of 16 first leg.

Fellow defender Jordi Alba was part of the 4-1 defeat and rued a “unique opportunity” following Barca’s second dismal result of the week.

“There’s no excuse,” he insisted. “This cannot be allowed anymore. It’s our fault and we are the ones to blame.”