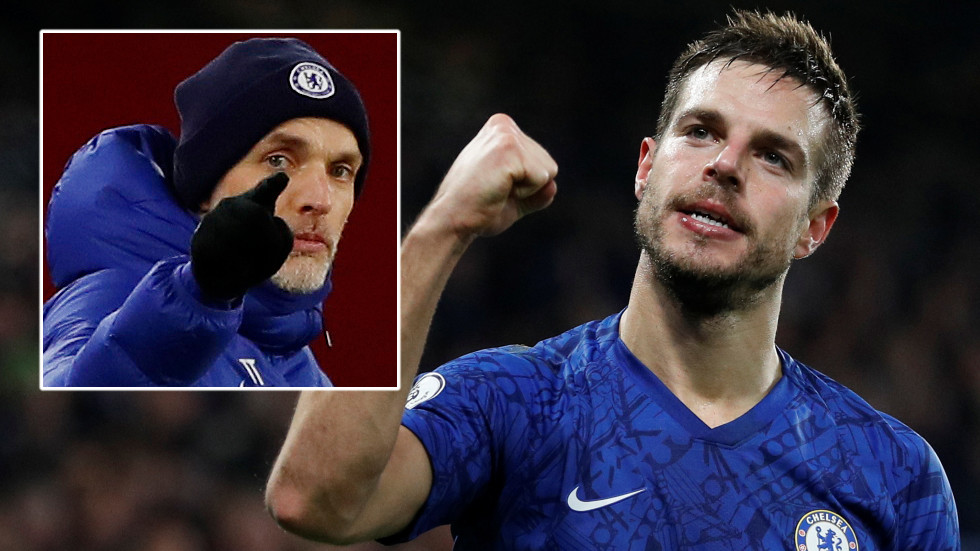 Chelsea captain Cesar Azpilicueta has thrown his weight behind Roman Abramovich’s decision to replace club legend Frank Lampard with German boss Thomas Tuchel, admitting that the team had underperformed under their former coach.

The Chelsea hierarchy bit the bullet last month, drawing the curtains on their 18-month Lampard experiment at the West London club after a prolonged spell of poor performances.

Abramovich moved quickly to install the highly-rated former Borussia Dortmund and Paris Saint-Germain manager in the Stamford Bridge dugout – and Tuchel has rewarded the Russian owner by staying unbeaten in his first seven matches in charge.

Amid the upturn in fortunes at the club, Spanish defender Azpilicueta says that “everything has improved” under the Tuchel regime.

Also on rt.com
‘Honeymoon’s over’: Chelsea boss Tuchel labeled ‘BRUTAL’ after he hauls off substitute Hudson-Odoi as Blues toil


“Six weeks ago, we weren’t at our best,” Azpilicueta told Mundo Deportivo. “Now with Tuchel, everything has improved.

“The team has better feelings. Reaching the Champions League on a roll is good news.

“The solidity has recovered, fewer [scoring] opportunities are granted [to the opposition] and that speaks of the work of the group, from the first attacker to the last defender. With the new coach we try to control the games with and without the ball.”

Wen it comes to Lampard, the man who was tasked with overseeing the Chelsea transfer revolution in the summer that saw the likes of Timo Werner and Kai Havertz added to their ranks at great expense, Azpilicueta admits that Chelsea’s progress had stunted under their leadership of their record scorer.

“The results just weren’t good,” Azpilicueta said. “Frank has been [an idolized] footballer.

“I was lucky enough to share a dressing room with him and afterwards he trained me, but [Roman] Abramovich and his executive were the ones who decided to change course.”

Azpilicueta remains one of the most experienced players available to Chelsea. Despite his advancing years, he is still cited as being among the best one-on-one defenders in the Premier League – but he had often found himself warming the bench at the expense of 21-year-old academy graduate Reece James.

“It becomes more complicated when one is used to playing,” he said. “It was a much less-desired scenario but I respected the coach and tried to help from the outside. I stayed calm and prepared to enter when necessary.

“You always want to play and it hurts to be a substitute, but as captain I put the collective interest first because I don’t consider myself a selfish footballer.”


The sternest test to date of Tuchel’s stewardship will come on Tuesday when his side travel to Romania for the “away” leg of their Champions League knockout tie with Liga leaders Atletico Madrid.

Although Chelsea will be eligible for away goals, the game is taking place at a neutral venue due to travel restrictions in place between England and Spain.

Azpilicueta is resolved to help Chelsea into the next round but says that he and his teammates prefer to do their talking on the pitch rather than in the media.

“Talking off the field leads to nothing,” he noted. “Atletico will put us to the test and it is on the pitch where we will see if Chelsea deserve to be considered a candidate for the Champions League. I think we have our chance, but we have to have a perfect tie.”