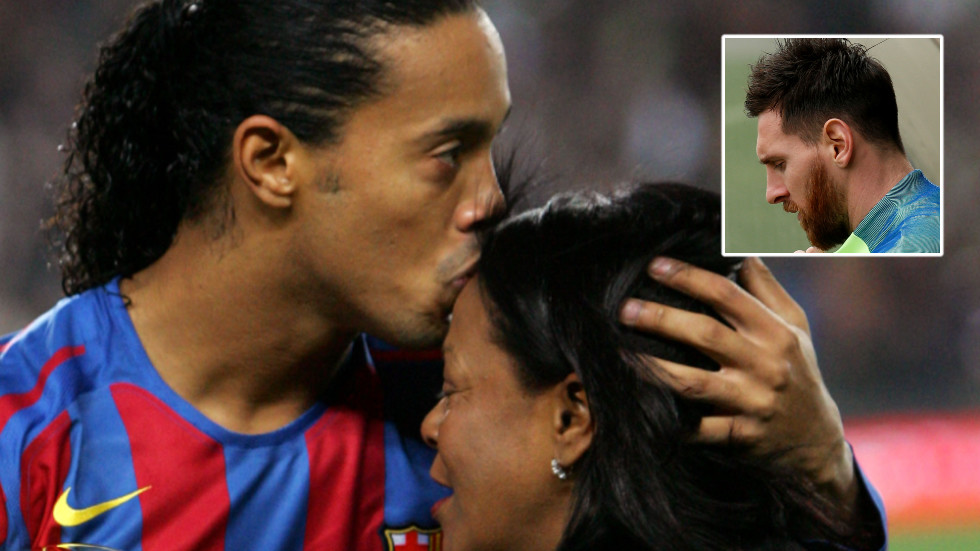 Lionel Messi has sent a message of comfort to his fellow Barcelona icon Ronaldinho after the ex-Brazil international’s mother passed away due to complications arising from a Covid-19 infection at the age of 71.

Ronaldinho’s mother, Miguelina Eloi Assis dos Santos, was admitted to a Porto Alegre hospital in December after contracting the virus.

The announcement of her death on Sunday led to an outpouring of grief from some of Brazil’s footballing gentry.

The 2005 Ballon d’Or winner, 40, confirmed his mother’s illness in December, saying: “Dear friends, my mother has Covid-19 and we are fighting so that she recovers soon.

“She is in intensive care, receiving the best possible treatment. I would like to thank everyone in advance for all of the positive energy you always send. With love. Stay strong Mum.”

Atletico Mineiro, for whom Ronaldinho played between 2012 and 2014, led the chorus of mourning for Dos Santos, writing of its “great sadness” online.

“The Atleticana Family is in mourning and shares the moment of pain with their idol,” the club added.

“May God welcome you with open arms and comfort the heart of our eternal ace. Rest in peace, Dona Miguelina.”

Messi, a former colleague of Ronaldinho’s in the outstanding Barcelona team of the mid-2000s, also took to social media to console his former teammate.

“Ronnie, I have no words. I can’t believe it,” Messi wrote in an Instagram Story, via translation.

“Just sending you a lot of strength and a big hug to you and the family. I’m very sorry. RIP.”

The careers of Ronaldinho and Messi will be forever linked. Back in the Brazil playmaker’s pomp in 2005, while he was being hailed as the world’s best player, Ronaldinho consistently told the media about the talents of the teenage Messi, who was beginning to make inroads into the Barca starting XI.

Also on rt.com
Ronaldinho RELEASED from Paraguayan jail after 32 days behind bars on fake passport charge


Famously, when asked by a reporter about how it felt to be the world’s best player, Ronaldinho replied that he wasn’t even the most outstanding player at Barcelona.

Six Ballon d’Ors later, the rest of the footballing world eventually caught up with Ronaldinho’s prophecy.

Judging by Messi’s concern for the man who helped guide him not just into the Barcelona team but their all-time record books, the respect is clearly mutual.

Also on rt.com
‘It hurts a lot’: More embarrassment for Barcelona & Lionel Messi as minnows stun them at Camp Nou after he breaks record & scores