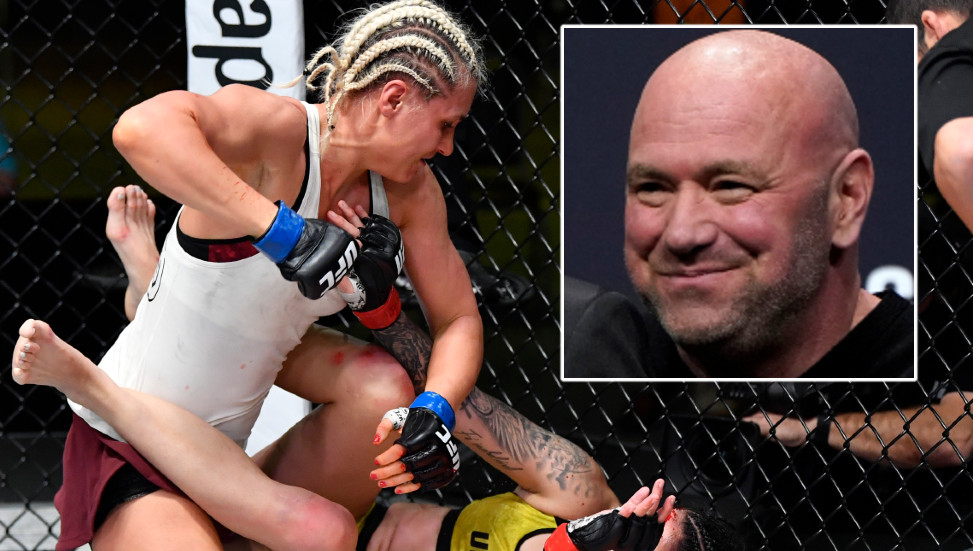 UFC president Dana White had an emphatic message for Yana Kunitskaya after the Russian bantamweight fought Ketlen Vieira on Saturday, giving the thrilled fighter an unequivocal take on how she performed in her decision victory.

Former featherweight challenger Kunitskaya earned a fourth unanimous triumph on the scorecards in her last five fights after her battle with Vieira, and White was clearly in agreement with the judges when he rang “Foxy” after the contest.

In a video shared by Kunitskaya, White can be seen lauding his fighter in a typically forthright rant.

“She didn’t do anything,” White told Kunitskaya as she watched him analyzing the fight while staring intently into the camera during their chat.

“You never stopped punching, outstruck her by 178 to, like, 16 or something. You absolutely, positively won that fight.”

Sounding a little humbled by White’s effusive praise, Kunitskaya chuckled and replied: “Thank you so much, boss.”

“Congratulations,” added the promotion kingpin. “All right – have a good night.”

Energetic hypeman White had featured Kunitskaya grappling with her fiance, UFC light heavyweight Thiago Santos, in a post to his Instagram following of almost six million in the build-up to the fight.

“Winning isn’t everything, but wanting to win is,” Santos told her afterwards. “You did both things.

“I know how hard you have been working for this. You deserve it. I’m so proud of you, my love.”