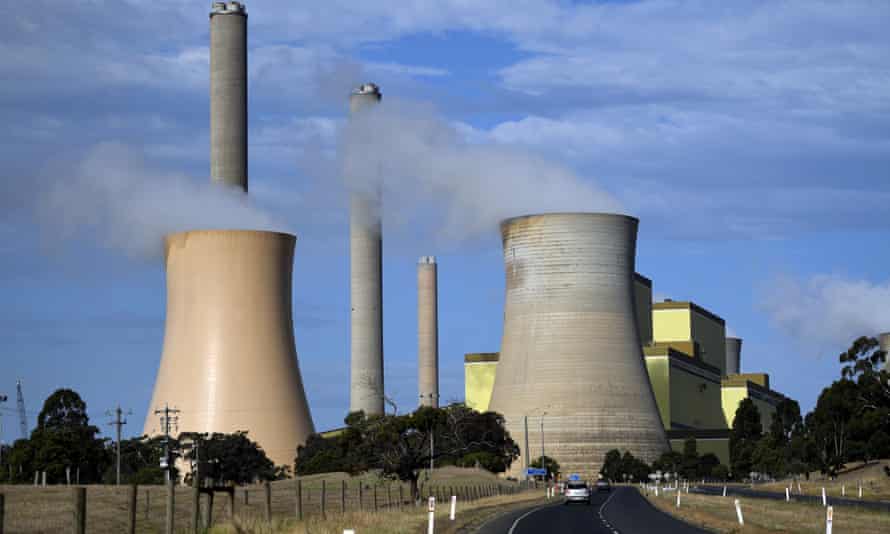 Good morning. It’s Wednesday 24 February and allegations of inappropriate behaviour from Australian politicians and staffers will continue to dominate the news today. US Senate hearings into the Capitol attacks have begun, and don’t miss the latest in the Guardian’s Web of Lies series: today’s instalment looks at how the rise of rightwing conspiracies on Sky News is capturing digital audiences.

Peter Dutton has refused to say whether he was notified of Brittany Higgins’ rape allegation or if federal police followed “standard practice” for politically sensitive matters. Internal federal police guidelines suggest that at the time Higgins and Reynolds spoke to police, officers were compelled to alert the home affairs minister “at the earliest opportunity”. Both Dutton and the AFP have refused to answer the Guardian’s questions but Dutton has previously said Higgins was offered every support and comfort possible by Reynolds. The government has confirmed that Higgins’ alleged attacker was not given a sponsored pass to Parliament House after his employment was terminated, but couldn’t guarantee he wasn’t signed in as a visitor.

Greens candidate Philippa Clark has alleged MP Craig Kelly’s aide Frank Zumbo behaved inappropriately towards her when she was a teenager. She alleges that when she was 18, Zumbo helped her campaign and behaved inappropriately toward her, a claim he denies. Clark alleged she felt coerced into situations where she was obliged to hug and kiss Zumbo, who was in his late 40s at the time, and that on a number of occasions he touched her on the thigh, even though she told him it made her uncomfortable. Clark said she was speaking up following the publication of the allegations about an inappropriate office culture at Kelly’s electorate office.

The US Senate has heard the pro-Trump Capitol rioters “came prepared for war” in testimony from Steven Sund, the former chief of Capitol police who resigned over the riot. Two Senate committees are holding a joint hearing on the security failures that occurred during the Capitol insurrection. Sund also said he did not see an FBI report warning about potential rightwing violence at the Capitol sent on 5 January before the insurrection occurred.

Joe Biden’s climate envoy has admitted the US and Australia are not on the “same page”. John Kerry’s comments, including a call for a faster exit from coal power, add to pressure on the Coalition to do more.

The government’s decision to only increase the jobseeker payment by $3.57 a day once the coronavirus supplement expires, has left many recipients disappointed and distraught at their future. “It’s dehumanising. It feels like I’m not welcome or included in this society for the pure fact that I am not economically viable enough to be a part of it,” says Gene Saraçi.

Western Australian police are hunting a man who had a swastika painted on his head when he allegedly attacked a woman with a makeshift flamethrower. The attacker yelled racial obscenities at a 40-year-old woman before attempting to burn her using a can of deodorant and a lighter.

Mount Etna’s spectacular eruptions reached a peak on Monday when the volcano’s lava fountains soared to 1,500 metres – a display described by one expert as “one of the most striking in the last few decades”.

Brussels has put six EU member states on notice that their tight Covid border restrictions, including exit and entry bans, should be lifted over fears of a wider breakdown in the bloc’s free movement of people and goods.

More than 6,500 migrant workers have died in Qatar since it won the right to host the World Cup 10 years ago. Guardian analysis indicates the figure is likely to be an underestimate as several country’s migrants were not included in the death toll.

One of three men accused of planting and detonating the car bomb that killed the anti-corruption journalist Daphne Caruana Galizia in 2017 has pleaded guilty to the crime and been sentenced to 15 years in prison.

Elon Musk is no longer the world’s richest person after shares in Tesla dropped 8.6% on Monday, wiping $15.2bn off his fortune.

Sky News Australia is tapping into the global conspiracy set – and it’s paying off. The News Corp-owned channel is garnering millions of views across digital platforms with a slew of far-right conspiracies, writes Anne Davies for the latest in the Guardian’s Web of Lies series, which explores the growth and spread of misinformation and conspiracy thinking in Australia. “Sky in Australia is lurching further to the right, producing more segments and specials designed to pique the interest of the conspiracy-minded, including the far-right media in the US. And it’s paying off handsomely for Sky.”

Facebook and Google could not have reacted more differently to Australia’s move to make them pay for news content, writes Antoun Issa. “They both started from combative positions, but as the new media code drew closer to reality, Google lowered its fists, while Facebook went straight for the head.” Facebook has been moving away from news for years, and users are turning elsewhere to consume news content and its message to the media industry is clear: don’t rely on us. Peter Lewis notes that no matter how hard the companies fought the code, it is about to become law. “For Facebook and Google, the message is clear: this is the beginning of the project to regulate Big Tech in the public interest and not the end,” he writes.

Why are farmers protesting against the Indian government? In today’s Full Story, Rachel Humphreys talks to the Guardian’s south Asia correspondent, Hannah Ellis-Petersen, about the farmers’ protests taking place in India. Humphreys also talks to Umendra Dutt who runs the Kheti Virasat mission, a people’s movement for sustainable farming and food safety in the state of Punjab. Dutt feels optimistic about the protests – he believes the government will no longer be able to ignore the issues facing farmers.

Full Story is Guardian Australia’s daily news podcast. Subscribe for free on Apple Podcasts, Spotify or any other podcasting app.

After one win each in the series and with two to play, the third Test between India and England would be a blockbuster affair regardless of the day-night element. The two teams have served up a treat thus far, in keeping with what feels a wider golden period for Test cricket.

Retired sports stars used to travel to conventions to make money from autographs. Now they can haul in cash from the comfort of their own homes with Cameo, a site where fans pay celebrities for personalised video messages and chats.

The Northern Territory Labor party is under increased scrutiny over its standards of transparency and staff behaviour, according to the ABC, after an MLA and a staffer were embroiled in a scandal over intimate relationships with a “private citizen” and a third staffer has been accused of threatening behaviour. The Herald Sun says a major concussion court action is being prepared ($), claiming dozens of AFL players with severe illnesses linked to head knocks have been dudded out of compensation. And the CFMEU’s mining and -energy division will move to split from the country’s most militant union, becoming the first division to use the Coalition’s new union demerger laws ($), according to the Australian.

Brittany Higgins is set to make a formal allegation of rape by a colleague over a 2019 incident inside a minister’s office.

If you would like to receive the Guardian Australia morning mail to your email inbox every weekday, sign up here.