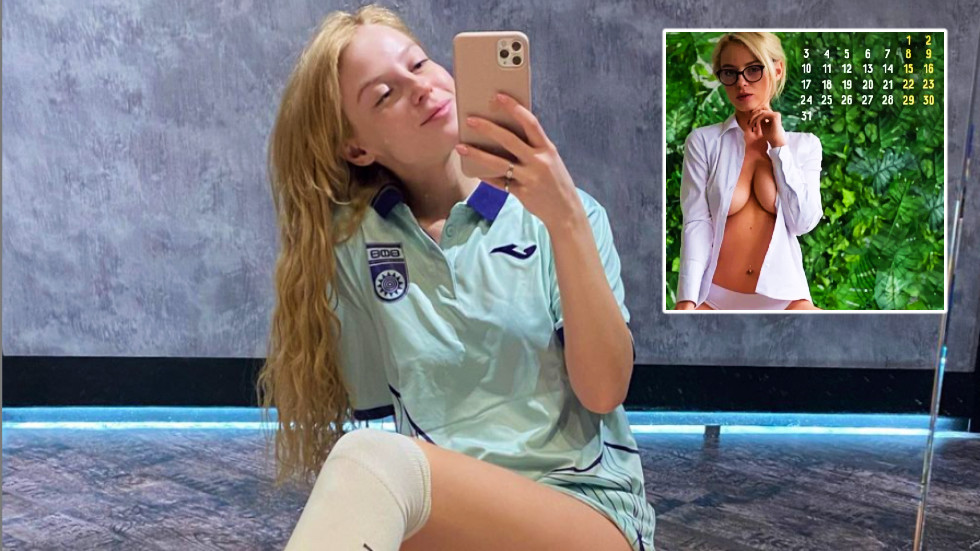 Photoshoot-loving sports host Ulyana Trigubchak has branched out to create her debut calendar and invited her almost entirely male audience to “admire me all year round”, praising them while offering a preview of the risque snaps.

The self-described former sexiest presenter in the Kontinental Hockey League (KHL) announced that she “could not ignore” the views of her fanbase when she asked them what they would like from her as a “gift”, adding that a whopping 93.5 percent of her huge social media following was male.

Pundit and tipster Trigubchak, who is the mastermind behind the “t*tverg” hashtag promoting her model looks alongside “the most beautiful Russian girls”, revealed that she would be leaving that popular project aside ahead of an anticipated reboot when “inspiration appears” in spring.

“Guys, I will definitely return to you with the [project],” the ex-cheerleader explained. “In the meantime, in this severe frost, I decided to warm you with my first calendar.”

“Now you can admire me all year round,” she said, adding that her eye-catching new product was the ideal way to make sure her admirers did not “miss anything”.

“Each calendar will be individual. At the back I will write a personal wish to the future owner.”

Trigubchak was back at the home of the KHL, the Ufa Arena, as part of a music event a few weeks ago which had the strapline “politics – get the f**k away from music” as one of its features.

She released a new episode of Totality at the end of last month, earning almost 50,000 views so far, and has spent time on the slopes learning to ski amid the freezing temperatures in wintry Russia.

“Of course, I couldn’t do it without tears, snot and a broken lower back,” she admitted to her fans alongside a photo of herself attempting to ski.

“But I got my first buzz on the descent: the sun, speed – low for now – friends nearby. Is it not happiness?

“I can’t wait to stop being afraid to develop speed. I’ll put on headphones, turn on some track and how I will rush.”

Her calendar, in contrast to her skiing attire, features the teasing Trigubchak pouting in a sun-strewn meadow and posing in an open shirt and knickers.

The enterprising temptress is offering fans eager for a printed version the chance to buy a copy for a price of around $40.

“On Instagram, [I] try to be a glamorous chick,” she told them while lying on a bed in a revealing outfit last month.