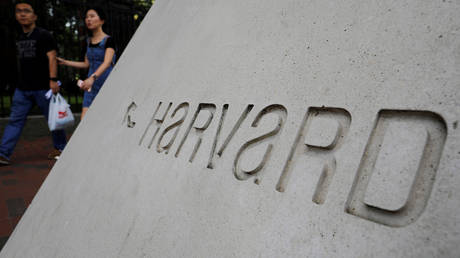 Author and cancel culture critic James Lindsay was set to appear at an event for the Harvard Business School Club of New York, but in an ironic twist, organizers got cold feet and cancelled the entire event.

The event, which was set for March 11, would have featured Lindsay speaking about a book he co-authored, ‘Cynical Theories’, which turns a critical eye toward things like cancel culture and cultural appropriation. Lindsay is also the founder of New Discourses, a site that also takes a critical approach to social justice issues being politicized in the culture and in education.

While one would think someone inviting Lindsay to talk would know exactly what they were getting, organizers of the event canned their plans at the last minute, saying the scheduled discussion was “not consistent with the objectives” of the organization.


Before canceling, however, the club tried to switch the moderator to someone more likely to clash with Lindsay.

“I had been invited to speak for the Harvard Business School Club of New York about Cynical Theories, and because someone was upset that I exist, they changed the moderator to their chief equity officer, Hemali Dassani, and then, when I didn’t back down, cancelled the event,” Lindsay tweeted this week after finding out about the cancellation.

Lmao! I had been invited to speak for the Harvard Business School Club of New York about Cynical Theories, and because someone was upset that I exist, they changed the moderator to their chief equity officer, Hemali Dassani, and then, when I didn’t back down, cancelled the event. pic.twitter.com/hOvGQE4gFK

Dassani had apparently been tapped to take over as moderator based on concerns that the original pick, Jean-Louis Maserati, would possibly be too open and accepting of Lindsay’s views. Dassani chairs the racial equity task force for the club. Lindsay expressed that the event could turn into less of a discussion about his book and more of a “hostile” debate.

“They cancelled the event a few days later without any real explanation, saying that while they support difference of opinion and debate, they no longer think this event would be the right fit. I asked for more of an explanation, and, though they replied, I wasn’t given any more details,” he told College Fix.


The Harvard club’s executive director Eunice Suh said that “we welcome vigorous debate and different points of view,” but Lindsay’s event “is not consistent with the objectives of our organization.”

While maintaining they are open to “vigorous debate” and “different points of view,” the organizers not only disinvited Lindsay and canceled the event, they even wiped the original sign-up page from their website.

Lindsay has continued tweeting criticism of Harvard, and others have joined in to lambast the school for claiming to support diversity of thought, but being too fearful to prove it.