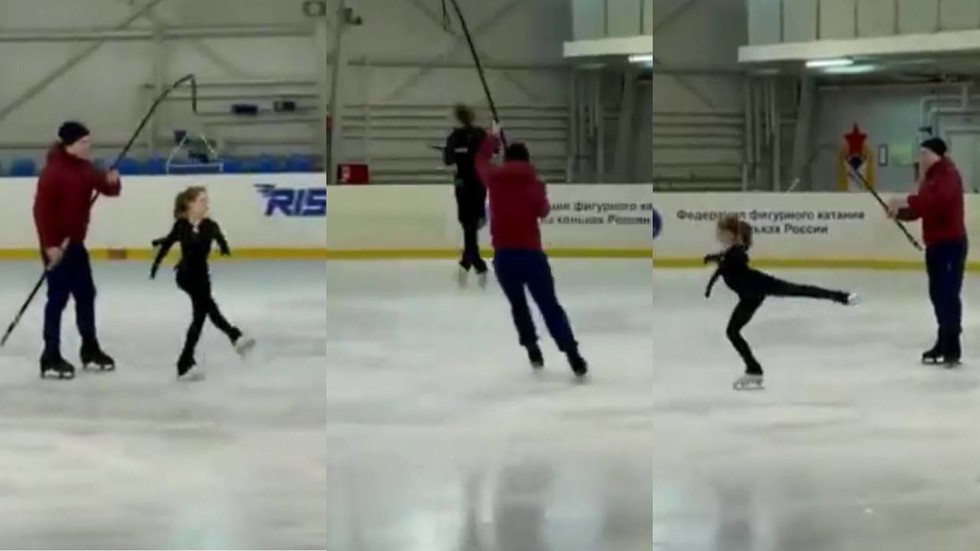 Talented 11-year-old Russian figure skater Maria Simonova has stunned fans and pundits with her incredible attempt to land a quintuple lutz on a pole harness during a training session.

The youngster, who has been training in Svetlana Sokolovskaya’s group at CSKA school, managed to do five rotations in the air while being held by a pole harness which prevents potential injuries and falls.

In a video which was shared online, the athlete is seen throwing a quintuple jump, with her coach Stanislav Zakharov holding her on a pole.

Simonova landed one of the most difficult jumps – which has the highest value in scoring tables – along with a loop.

Sceptics have diminished the significance of the skater’s achievement, though, saying that it is possible to do countless rotations with the help of a pole.

No figure skater in the world has ever executed a quintuple jump, with quads being the most complicated elements performed at competitions.

The International Skating Union (ISU) doesn’t even have a starting value for a quintuple jump in its scoring table, as the element has never been presented at either junior or senior levels.