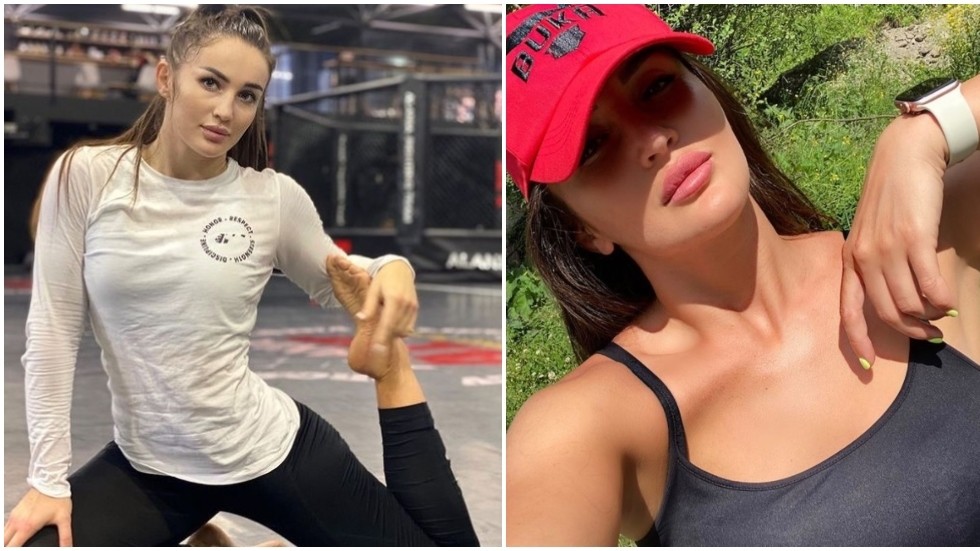 Russia’s Diana ‘Pantera’ Avsaragova is gearing up for her long-awaited Bellator debut in April, sharing images of some intense workouts after revealing that she continues to be bombarded with marriage proposals on Instagram.

Russian flyweight Avsaragova, 22, announced earlier in February that she had finally received a US visa which will allow her to travel for her planned Bellator MMA debut later in the spring.

The budding young star – who is undefeated in her two professional MMA contests thus far – later named the date for that fight, writing on Instagram: “See you soon, 9 April, Bellator 256.”

An opponent has not yet been named for that showdown, but Avsaragova continues to step up her preparations, sharing footage of her flushed face on Instagram Stories after a workout on Thursday.

The young fighter, who hails from Russia’s North Ossetia, has previously said her training would begin in Vladikavkaz before moving on to Chechnya, where she will train at the Akhmat Fight Club facilities she has made use of before.

While she hasn’t fought since May 2019 – when she earned a unanimous decision victory over Georgia’s Ania Lurchenkova – Avsaragova has remained active in the gym and has also been around the cage to observe fight action first-hand.

That included accompanying her friend and training partner Liana Jojua to Abu Dhabi when the Georgian UFC star appeared on Fight Island in October.

Despite her young career, Avsaragova is already establishing a strong social media following – which she revealed hadn’t been affected by her recent inactivity.

“I haven’t fought for two years, but I feel great… I train consistently, spar at least twice a week, plus spar after each workout. I feel great,” the budding flyweight told Metaratings earlier in February.

“Instagram is growing, there are no fights, and there are more followers every day,” she added.


Perhaps unsurprisingly, that has included the attentions of male followers, with Avsaragova revealing that she continues to be besieged with offers of marriage.

“Nothing’s changed, they ask me to marry them all the time. My direct messages are filled with these offers,” Avsaragova said.

As she prepares for her bow in one of the world’s biggest MMA promotions, those attentions are only likely to increase as the spotlight shines even more brightly on Avsaragova and her budding cage career.