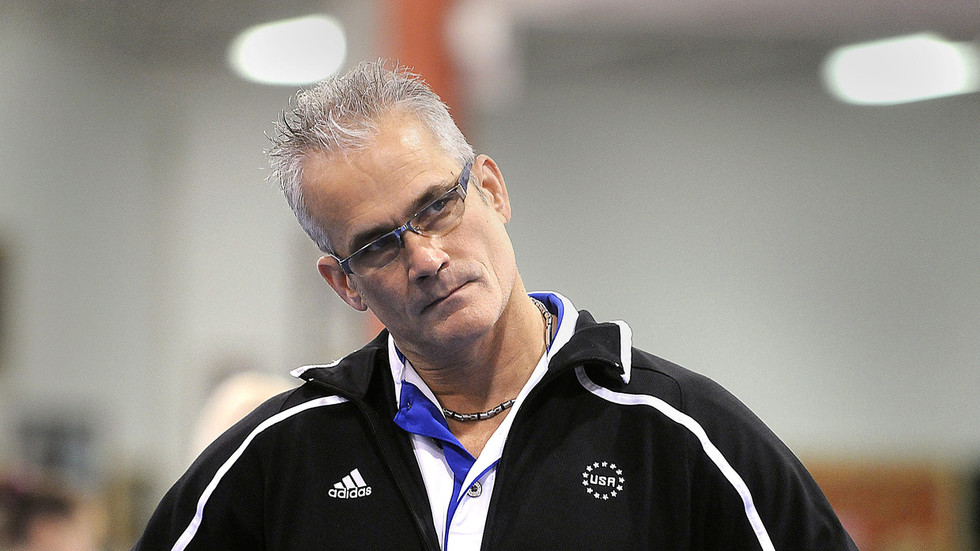 Former artistic gymnast Sarah Klein has emotionally reacted to suicide of ex-USA coach John Geddert, who was accused of sexual abuse, saying that by taking his own life he ‘avoided justice.’

The 63-year-old specialist who coached the 2012 US Olympic women’s gymnastics squad was found dead on Thursday after being charged on 24 felonies, including abuse of young gymnasts, sex crimes and human trafficking.

“My office has been notified that the body of John Geddert was found late this afternoon after taking his own life. This is a tragic end to a tragic story for everyone involved,” Michigan Attorney General Dana Nessel said in a statement.

Geddert was accused of using his power and position for financial benefits with his alleged victims suffering from eating disorders, anorexia and suicide attempts.

The gymnasts who trained under his guidance claimed they were forced to compete even when injured constantly facing physical and sexual abuse.

“He tortured and abused little girls, myself included, for more than 30 years and was able to cheat justice,” said Klein, reacting to the news of his death.

Also on rt.com
US Olympic gymnastics coach who worked with abusive Dr. Nassar commits SUICIDE after being charged with sexual assault himself


“Geddert was a narcissistic abuser. His suicide is an admission of guilt that the entire world can now see. Also guilty are his enablers including the top officials at USA Gymnastics and the US Olympic and Paralympic Committee who promoted him, enabled him and allowed him to coach Team USA,” she added.

Rachael Denhollander, the first gymnast to speak up about Nassar’s abuse, said that Geddert’s suicide was his own choice to deal with the accusations brought against him.

Words of grace and truth from someone who knows. Geddert’s choice today was his, and his alone.What each survivor did was put an end to the abuse and save others. Thank you. https://t.co/nVwwMV1QMt

“Words of grace and truth from someone who knows. Geddert’s choice today was his, and his alone. What each survivor did was put an end to the abuse and save others. Thank you,” she tweeted.