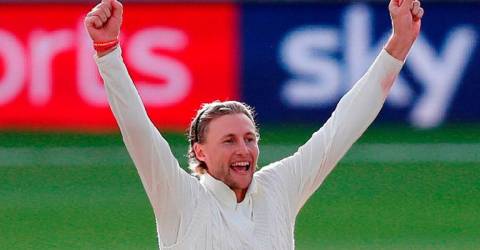 AHMEDABAD: England are “hurting” after their crushing third-Test defeat to India inside two days but the tourists will come back stronger in the final game, captain Joe Root said Thursday.

“We will try and make sure that we are better for it… A week like this doesn’t define us as a team. We know what we are capable of doing,” Root said after the defeat left them trailing 2-1 in the series.

England, level at 1-1 in the series before the third Test, won the toss and were 74 for 2 before collapsing to 112 all out in the first innings.

India suffered a similar collapse and were bundled out for 145 before knocking over England for 81 in the second innings and chasing down the 49 to win without loss.

“We got ourselves in a pretty good position (in the first innings) and we just didn’t capitalise on it. To get into that sort of position you really want to make it count and had we got 250 on that wicket that could have been a really good score,” Root said. – AFP