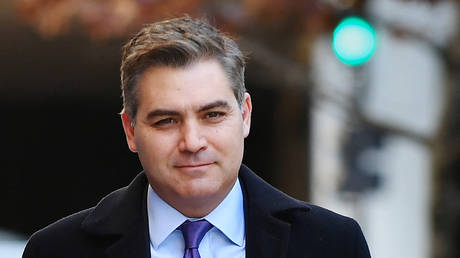 CNN’s Jim Acosta was harangued upon arrival at the CPAC event in Florida on Friday, with one reporter grilling him for his network’s perceived failure to cover major scandals relating to New York Governor Andrew Cuomo.

David Marcus, the New York correspondent for the Federalist, interrupted the former CNN White House correspondent during an interview at the Conservative Political Action Conference (CPAC) and repeatedly pressed him about the network’s alleged dearth of coverage of Cuomo’s recent scandals.

Cuomo is facing sexual harassment allegations and has also been accused of orchestrating a conspiracy to cover up Covid-19 deaths in New York’s nursing homes, which may have resulted from his policy decisions.

“When are you guys going to start covering Cuomo?” Marcus repeated, mimicking Acosta’s own abrasive style which became a feature of White House press briefings under the Trump administration, which culminated in Acosta having his press credentials revoked.

Former Cuomo aide Lindsey Boylan claimed Cuomo made several unwanted sexual advances towards her, including inviting her to play strip poker and kissing her on the lips without permission. Cuomo is also facing a major backlash about his administration’s handling of nursing homes during the pandemic.


Melissa DeRosa, Cuomo’s secretary, admitted the administration had hidden data on the number of nursing home deaths due to Covid-19. NY Democrat Assemblyman Ron Kim also claimed that Cuomo threatened him to cover up DeRosa’s comments.

The Cuomo administration apparently downplayed nursing home deaths by a whopping 50 percent, with 15,000 Covid-19 deaths occurring – not 8,500 as previously reported.

“He killed 10,000 people and he’s accused of sexual assault, and you guys want to talk about Ted Cruz,” Marcus said, while dubbing Cuomo “The Emperor of New York.”

Cuomo ordered nursing homes to accept Covid-19 patients back into their facilities in March.

Also on rt.com
No longer needed to grandstand with anti-Trump theatrics at White House briefings, CNN’s Acosta is moving to anchor desk


Acosta, now CNN’s chief domestic correspondent, claimed repeatedly that CNN is “covering it” but eventually gave up and abandoned his conversation with the somewhat hostile Federalist reporter.

CNN reported on the sexual harassment allegations on Thursday, a day after the story broke. Andrew Cuomo’s brother Chris is an anchor for the network and has been barred from covering the scandals besetting his brother. CNN’s website contains coverage of both scandals.

Former US president Donald Trump will speak at the event on Sunday, and a cohort of his supporters greeted Acosta with a barrage of “CNN sucks” chants.