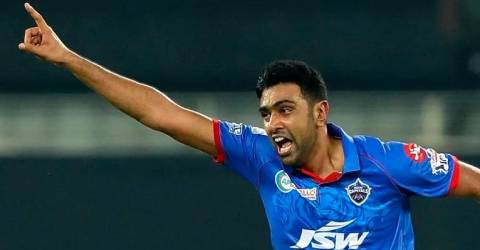 NEW DELHI: Batting collapses are a routine affair in pink-ball Tests and the trend will continue until batsmen get used to the novelty, India’s spin spearhead Ravichandran Ashwin (pix) said on Saturday.

India won the third Test inside two days after 30 wickets tumbled in five sessions on a turning track in Ahmedabad. England collapsed for 81 in their second innings, and neither side reached 150 runs in the match.

In their previous day-night Test three years ago, England were bundled out for 58 by New Zealand, while India wilted for a record-low of 36 in their last pink-ball match in Australia in December.

“If you look at the larger picture of Test ticket, you might say these are just one-off occasions, but these are regular affairs in pink-ball Tests,” Ashwin told a video conference on what would have been Day Four of the third match.

“Everybody has been conditioned to playing with the red ball and now all of a sudden they’ve brought in the pink ball, and the pink ball is bringing in new dimensions to the game.

“It’s about adapting. You play more and more and obviously get used to it. The players are going to adapt better.”

The off-spinner compared it with how players adjusted to the white ball in limited-overs cricket.

“Initially the white ball was doing a lot more, now it literally does nothing. So that’s how this format will also evolve. Anything new is going to throw a lot of challenges, but that’s the beauty of the sport.”

Several former England players questioned the suitability of the Ahmedabad pitch after the Test ended within two days, but Ashwin said it was all about the ball.

“What about all the three pink-ball Test matches that we played – everyone has ended within three days time?

“When somebody throws an opinion out there about a surface, maybe they haven’t played the pink-ball Test matches, so they do not understand this facet of the game,” he said.

“I don’t see any of the players coming in from England having an issue with the surface. What makes a good surface? Who defines this? Seam on the first day, then bat well, then spin on the last two days? Come on, who makes all these rules? We need to get over it.”