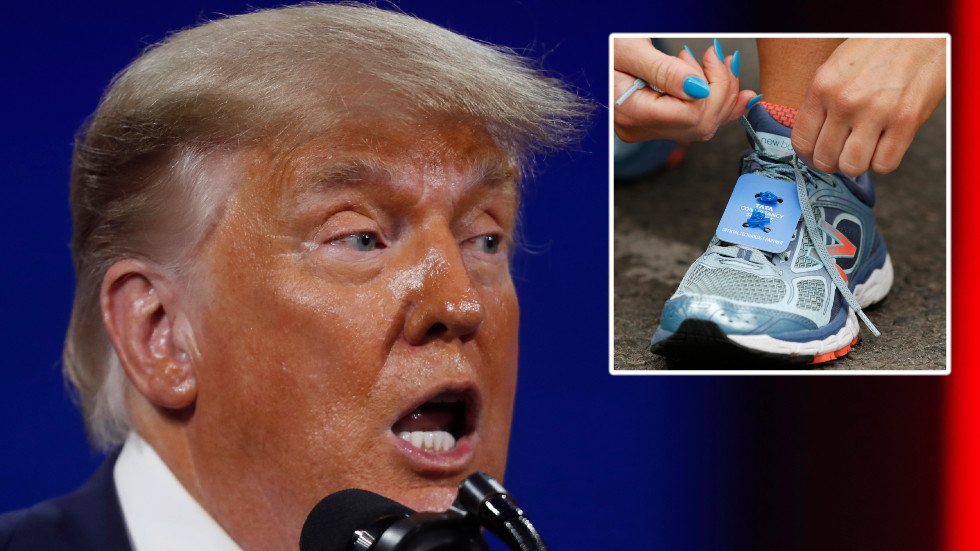 Ex-US president Donald Trump has won widespread support after reports claimed he had “attacked” the transgender community and “mocked” athletes in his first major speech since leaving office, voicing his fears for women’s sports.

Reacting to the move by his replacement in the White House, Joe Biden, to sign a new gender discrimination act as one of his first jobs in office and a sign of his departure from his predecessor’s policies, Trump said that women’s records were being “smashed with ease” by competitors whose biological gender was male.

Speaking at the Conservative Political Action Conference on Sunday, tough-talking Trump is said to have earned cheers and laughs as he boggled at rules that are set to allow transgender athletes to compete in high school and college sports in accordance with their gender identity, rather than biological sex.

“Joe Biden and the Democrats are even pushing policies that would destroy women’s sports,” Trump said, articulating his reservations about an executive order that Biden immediately signed upon taking office in January.

I actually agree with him on this & I’m not a Trump fan 😫. It’s really not fair to put a transgender in a woman sport because there physical dominance will always be stronger than a woman.

If you look at the science, men do have a physical advantage in sports over women. It’s sad to see real women take the hit. It’s common sense.

“Young girls and women are incensed that they are now being forced to compete against those who are biological males.

“It’s not good for women’s sports, which worked so long and so hard to get to where they were.

This is a no brainer who is born a male can’t and should not be playing with women in any women’s sports it’s just not fair a dude has a lot more endurance and muscle power than girls. Period.

I am a woman I agree with him. All his statements no. But as an athlete. Yes please protect the integrity of women’s sports. As a weightlifter. I’d have no chance. Hormone therapy or not. Genetic builds are genetics builds.

Appearing to perform a bizarre impression of someone pushing weights, Trump singled out weightlifting and observed that “every ounce [has been] like a big deal for many years.”

“All of a sudden, somebody comes along and beats it by 100lb. The records that have stood for years, even decades, are being smashed with ease.”

Despite some headlines describing Trump as having “attacked” and belittled the transgender community in his remarks, the billionaire received a deluge of support online, including from many who admitted that they had never sided with him politically.

We really suppose to believe trump cares about women rights 🤔😂😂

Trump, who has regularly been accused of sensationalism and shock tactics, said that he did not believe his forthright opinions on the sensitive subject were divisive.

Only time I agree with him. I’m 100% supportive of the trans community, but there needs to be a different category for women’s sports. A trans woman who was born a man still has the physical superiority over a natural born woman.

Women of all political parties should be outraged about this. NO biological males in women’s sports! These big dudes out here whipping up on women in sports is almost criminal! Just have transgender competitions. Apples vs apples.

The anti-trans stuff is the first bit here that seems new – while PACs hit that during the campaign, Trump didn’t talk about it. He’d unwind trans rights with exec orders but didn’t emphasize it at rallies.

“I think it’s crazy what is happening – we must protect the integrity of women’s sports,” he explained.

“And I don’t even know, is that controversial? Someone said, ‘well that’s going to be very controversial’ and I said, ‘that’s OK – you have not heard anything yet.”