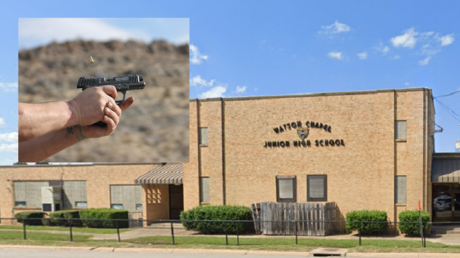 Students were back in the classroom for less than a day in one Arkansas high school before a shooting broke out. One student was reported injured and the underage suspect has been taken into custody.

The state of Arkansas last week ordered schools to reopen, as the threat of Covid-19 subsides. Watson Chapel Junior High in the town of Pine Bluff opened its doors to in-person learning on Monday, but any sense of normality was soon shattered when a shooting erupted.

One student was injured, and police took the suspect into custody. The Watson Chapel School District described the shooting as an “isolated incident.”

Parents are lining up to pick up their students at Watson Chapel Jr. High after the school lifted its lockdown. Multiple law enforcement agencies are still present on scene #ARNewspic.twitter.com/9wO9LScx26

As the coronavirus pandemic hit the US last spring, school closures inadvertently brought with them a halt to school shootings. March 2020 was the first March without a school shooting in the US since 2002, and a total of 10 school shootings were reported over the whole year, compared to nearly five times as many in 2019, per CNN figures.

Gun violence, however, soared in the second half of the year, amid police cutbacks in the wake of ‘Black Lives Matter’ protests and cuts to public services due to Covid-19.