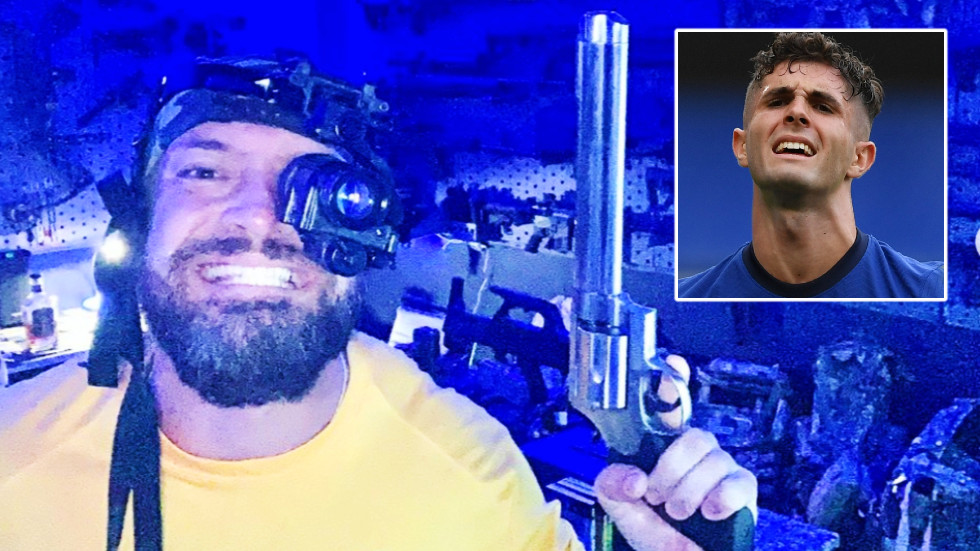 Chelsea and United States star Christian Pulisic has found himself at the center of an online row after appearing to “like” a gun-filled post, with critics interpreting the discovery as proof of the midfielder’s political views.

Starlet Pulisic’s name seemed to show up under a post against left-wing anti-fascist and anti-racist group antifa by Seth Jahn, the soldier and former paralympian for his country who was removed from the US Soccer Federation’s athletes’ council over a separate incident at the weekend.

Jahn, who insisted he would not bow to the “mob mentality of intimidation” by “social media warriors” following the decision by the federation, had called the room with weapons on display his “new arts and crafts room” in the post made last year.

“I like to consider myself a bit of an artiste,” explained the 2016 paralympic player.

“Finally got those security camera monitors installed and operational, so I’m just up in here… in my safe space with a couple of my nifty tools of the trade.”

Applying the term “anqueefa” to antifa, who were labeled a terrorist group by former US president Donald Trump last year, Jahn added that he was waiting for the organization to “let me sing them the song of my people”.

Americans are strange, what normal person needs guns like that

What’s wrong with this

The discovery of Pulisic’s apparent support for Jahn’s post received a mixed reception on social media, with some suggesting that bosses at Chelsea and the US national team could be concerned by the development.

Others described the response as an over-reaction, pointed out that liking posts is not necessarily a reflection of opinion and backed Jahn, who has had an eventful week following his removal from the council for a controversial speech.

The social media professional who sent the post viral – an employee at a football club in German top flight the Bundesliga – felt it necessary to lock her Twitter account because of the reaction she received.

Fair play too him, only reason it’s controversial is becuase it goes against the media agenda.

“[I have] set my Twitter account to private on the very first day of Women’s History Month because conservative men who like guns and football are mad at me,” she added.

Fans also spotted that one of the post’s apparent admirers was former United States international Geoff Cameron, now a defender for one of Pulisic and Chelsea’s near neighbours in London.

The veteran at Championship club Queens Park Rangers suggested he was inspired by the guns, telling Jahn: “I need to step my game up.”