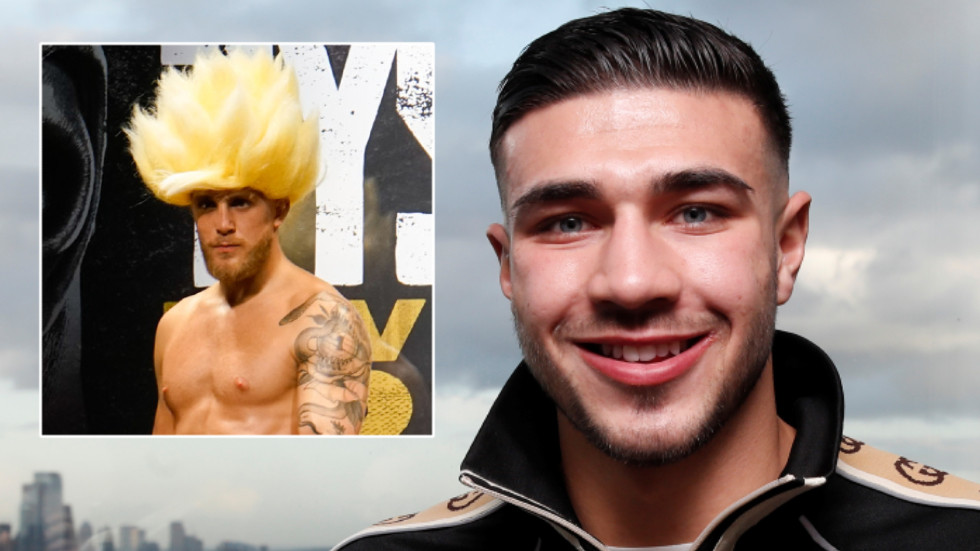 As “celebrity” fights go, Tommy Fury’s call-out to Jake Paul isn’t quite as ridiculous as some of the names put forward in recent months. Could the two novices with massive profiles offer a rare case of good matchmaking?

When Jake Paul hammered boxing newcomer Nate Robinson last year, questions were raised about the damage that similar demolition jobs to the one he performed against his unprepared opponent could do to the integrity of boxing.

Now Paul could take on Tommy Fury, best known for his time on British TV show “Love Island”, after the 21-year-old called him out in a social media video.

“If Tyson Fury took a s***, it would be like his little brother,” Paul had said. “If you want to fight me, don’t let your big bro do sh** for you. Log on to Instagram, Twitter and call me out for your f***ing self.” Fury responded by saying he would accept the fight “anytime, any place, anywhere.”

All of which might sound alarm bells for those worried about another wipeout. There are, however, reasons why this meeting may not make for a mismatch.

Both fighters have very little beyond an unbeaten record and a series of serious training montages to back up their claims of creditability and desire for a genuine boxing career. Fury’s first fight was against a veteran Latvian whose most remarkable achievement was having more than 100 defeats to his name. Jevgenijs Andrejevs did, at least, have at least one win to his name among all those losses, which is more than can be said for three of Fury’s four opponents since.

The latest, Scott Williams, reached double-figure defeats in his his winless career with his loss to Fury, while Paul’s record, as few who have boggled at his entry into the sport will need reminding, comprises an amateur debutant, hapless retired basketball player Robinson and, this April, MMA fighter Ben Askren.

Fury’s fights with ultra-journeymen are marginally less pointless and more appealing than Paul’s call-outs to Floyd Mayweather. A marketable scrap between the two prospects would give them both a measure of where they are really at and spare boxing fans any more of this empty novelty and exhausting fake showmanship. We don’t really know whether either man is any good, which in itself is surely an ingredient for a fight worthy of intrigue.

Irritating buzzwords and PR stunts aside, promoters must look at Fury and Paul and wish they could inject a modicum of their self-assurance and bravado into established fighters. There’s no doubt that the likes of Canelo Alvarez and Gennady Golovkin, two of many fighters who largely resist letting off a stream of nonsense before fights, exude class for choosing to do so and allowing their supreme ring skills to speak for them, but there’s also something to be said – call it an edge of  unpredictable hilarity – about boxers willing to sound off or flash a row of expensively-whitened teeth, no matter how foolish they might make themselves look.

Both youngsters can talk with apparent sincerity – strengthened by the fact that it would be easy for them to down their gloves and live comfortably for the rest of their lives as Instagram stars – about their ambitions in the ring, and there is an odd clash of styles to their backgrounds and personas, right down to Fury’s gritty accent against Paul’s cocky drawl. People might long to see Paul put down because of the unedifying rubbish he routinely records, or Fury flattened as punishment for the throwaway fame they think he is a symbol of.


Whatever the reasons, these two will reliably amplify the premises to love and hate them. Together with a possible 50-50 scrap, that ultimately tends to lure even the most cynical of viewers in.

When Floyd Mayweather mauled a diminutive Japanese kickboxer on New Year’s Eve in 2018, one of the vaguely philosophical ensuing debates concerned the balance between potential pain and a hefty payday. If ex-UFC champion and respectable boxer Conor McGregor struggled to lay a glove on Mayweather for much of their mega-lucrative ten-round contest, the likes of Paul and his brother Logan, whose fight with Mayweather is rumored to have been axed because of a lack of interest, know that their only pay-off is just that: the possible windfall involved in fighting a box office seller.

So it is here: as long as their fighting credentials are properly promoted, Paul and Fury stand to make millions, all without too much reason to expect the kind of farcical, potentially dangerous and humiliating end product that makes a mockery of these kind of events. Like it or not, Paul is the only person in the world calling himself “the future of boxing” at the top of an Instagram page bearing the colossal figure of almost 15 million followers, while Fury, who almost always posts about boxing when he isn’t posing in Dubai with his TV star lover, dwarves most athletes with his fanbase of well over three million.

As much as an infatuation with those kind of figures is part of the reason why some have become jaded by boxing promotion, it should also end the temptation on either side to look for a more high-profile, less potentially competitive opponent.

22-year-old lightweight sensation Ryan Garcia is the only fighter aged under 30 among the top ten most-followed online boxers. At least one of Tyson Fury and Anthony Joshua could conceivably retire or fade away once their “mega-fights” against each other, the first of which is expected to go ahead this summer, have taken place. There has long been talk of boxing needing to modernize its approach to capturing new audiences, often met with a justifiably weary response from those who love the sport and fear its purest elements being sacrificed for sheer entertainment.

But those aspects don’t have to be mutually exclusive. A little half-heartedness could perhaps be detected when Mike Tyson discussed this point in relation to Paul fighting on his undercard last year, yet there is, essentially, little reason to fear the idea of more people watching a credible boxing match.

With their bulging muscles, unisex appeal and cross-generational – OK, perhaps less so for anyone over a certain age – audiences on various social media platforms, Fury and Paul can provide that reach. If an army of new fans end up hooked, they could be the ones watching Garcia, Joshua or Fury in years to come.

An entertaining subplot courses through the bloodlines of both men. Those who believe that Fury will never challenge for more than a British title are forced to think twice purely because of his training with brother Tyson and father John, the latter of whom is insistent, with his usual granite-toned sternness, that his son will pass any test he is given.

WBC champion Tyson has already called out Paul on his brother’s behalf, and it is not hard to imagine Fury’s business-savvy older brother having that familiar twinkle in his eye as he did so, while the debate continues around whether he meant to accompany his words with a made-up list of viewing figures in which a fan fancifully suggested that Tommy is already a huge draw.

Former state wrestler, loudmouth podcast extraordinaire and occasional celebrity boxer Logan Paul is in his opponent’s corner, having taken advice from Mike Tyson on his infinitesimally small chances against Mayweather during a recent recording before claiming that more than a handful of people still want to see the postponed bout. With brothers like these, Fury and Paul will know where to look should they need any support on promotional duties.

Also on rt.com
YouTuber Jake Paul eager to prove he’s ‘real deal’ ahead of Askren fight as he links up with ring legend Holyfield (VIDEO)