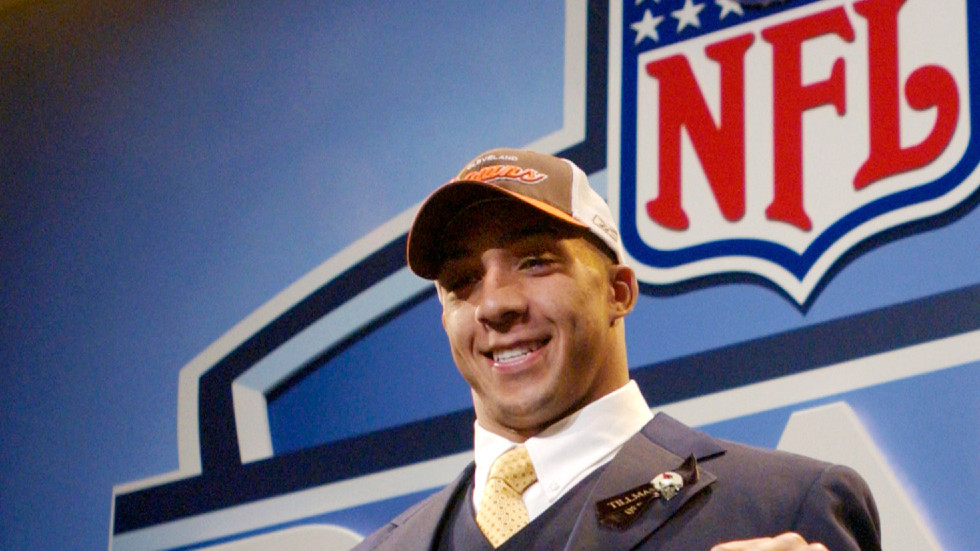 A judge has sentenced ex-NFL star Kellen Winslow II to 14 years in prison for “brazen” attacks, including multiple rapes, on five women in California, calling the father-of-two a “sexual predator” who preyed on vulnerable victims.

The 37-year-old, who was once the highest-paid tight end in the NFL and was named to the 2007 Pro Bowl during his four-year spell with the Cleveland Browns, said he had been advised not to speak by his lawyers before hearing his conviction for forcible rape, rape of an unconscious person, assault with intent to commit rape, indecent exposure and lewd conduct in public.

The forcible rape targeted a homeless woman in his hometown north of San Diego. Five women gave statements, and the court had heard by videoconference that Winslow had continued to prey on women after his first arrest.

The son of Los Angeles Chargers legend Kellen Winslow performed a lewd act in front of a 77-year-old woman at a gym, hiding his GPS monitoring ankle bracelet with a towel, and exposed himself to a 57-year-old neighbour while they were gardening.

“It was the type of victim that you sought out yourself because you felt that perhaps they wouldn’t report the crime” or “wouldn’t be deemed credible by the jurors.”

Winslow’s attorney, Marc Carlos, reportedly said that his client “went off the rails” after suffering from head trauma from the many blows to his head he received during his nine-year senior career, which ended in 2013.

The wife of the father-of-two filed for divorce after he was convicted. He had faced 18 years in prison, but the sentence was reduced when both sides agreed to reduce the sexual battery charge to assault with intent to commit rape.

Also on rt.com
‘Do you not know my jokes!?’ Wife of ex-con footballer laughs off ‘suicide attempt’ reports as sick ‘prank’


“This is somebody who has been allowed to utilize his financial privilege and celebrity to evade jail while awaiting trial, which is when he victimized me,” the 77-year-old woman said on Wednesday.

“It shows this is a defendant who does not learn from his mistakes, who shows no respect to our laws.”

Carlos reported that his client has accepted responsibility and will seek help, while Winslow has been ordered to register as a sex offender for the rest of his life.

Also on rt.com
No fans from abroad? Tokyo Games organizers could find it ‘impossible’ to allow international supporters in to the 2021 Olympics