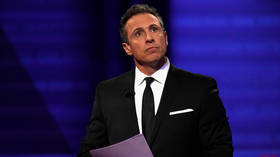 First skewered for his office’s decision to cover up the massive spike in Covid-19 deaths, which followed his order to house Covid-positive patients with the virus-free, Cuomo was subsequently dragged for sexual harassment allegations coming from three former aides. He’s now facing multiple investigations – and legions of his swooning supporters are quietly backing away from – even memory-holing – their statements in his favor.


Journalists like the Daily Beast’s Molly Jong-Fast have begun owning up to their mistakes, unusual as the process may be for some. Looking back on her article ‘Why we are crushing on Andrew Cuomo right now’, published nearly a year ago in Vogue, she came to terms with her cringe by describing her “Cuomo ‘crush’” as “Stockholm Syndrome” and even her “worst take,” calling the piece “extremely bad and not at all good” in a moment of creepy Newspeak.

She still tried to justify her behavior in the Wednesday article, however, recalling “how scary and pace the world was a year ago and what a relief it was to have someone who wasn’t Trump projecting competence.” That led some on social media to speculate that the pendulum would swing yet again, given her support for some truly execrable characters.

Other journalists, like the New York Times’ Ben Smith, fell in line with the directive to throw Cuomo under the bus, deleting an old tweet praising the governor’s ability to deploy his “worst qualities” to “serve him and New York well.” CNN’s Chris Cilizza, who last year was such a huge Cuomo fan he wanted the governor to run for president, delivered a piece headlined ‘Andrew Cuomo is trying to stall on sexual harassment allegations. It won’t work’ on Monday.

The Daily Show’s Trevor Noah tried to put a comedic spin on his mistake on his Monday night show, hissing off camera to “burn the tapes” of himself drooling all over Cuomo while chuckling that anyone who embraced the governor a year ago must be feeling pretty stupid.

Even CNN anchor Chris Cuomo, the governor’s younger sibling, was seen noticeably distancing himself from his brother’s political trainwreck, inventing new CNN policies to explain why he could no longer cover the governor now despite multiple saccharine specials during the Covid-19 outbreak in which the two brothers sparred over such important topics as ‘whom their mother loved best’.

Not everyone was done with the elder Cuomo, however. Journalist Drew Holden collected a mammoth thread of public figures who had yet to walk back their Cuomo-worship. From comedian Chelsea Handler, who actually wrote a piece titled ‘Dear Andrew Cuomo, I want to be your First Lady’, to CNN’s Ana Navarro and Biden cabinet nominee Neera Tanden, some weren’t so willing to ditch the ‘Luv Guv’ – a nickname which has not aged well at all.

A Slate writer even suggested that the failure of sexual harassment allegations alone to scrape Cuomo out of the governor’s mansion was a good thing, arguing that the #MeToo movement should welcome due process. Coincidentally, the same author just two years ago claimed Americans should be “terrified” of a Justice Brett Kavanaugh over similar accusations made against him, perhaps forgetting that unlike Kavanaugh, Cuomo was also under investigation for pandemic policies that caused thousands of avoidable deaths.

While the governor has fervently denied all the charges against him, deploying what critics have described as his usual gaslighting and bullying tactics, the backing of state Attorney General Letitia James in the care home investigation made it all but impossible for him to dodge those allegations. That didn’t stop him from trying, but multiple agencies are now pursuing cases against him.

As is his wont, Cuomo has refused to truly acknowledge any of his misdeeds, instead apologizing for “making people feel uncomfortable” unintentionally regarding the harassment allegations. Continuing to insist he’d done nothing wrong to his former aides, Cuomo instead blamed them for misinterpreting what he claimed was his “good-natured” teasing and subtly shifting all journalistic coverage over to that scandal, away from the nursing home deaths.