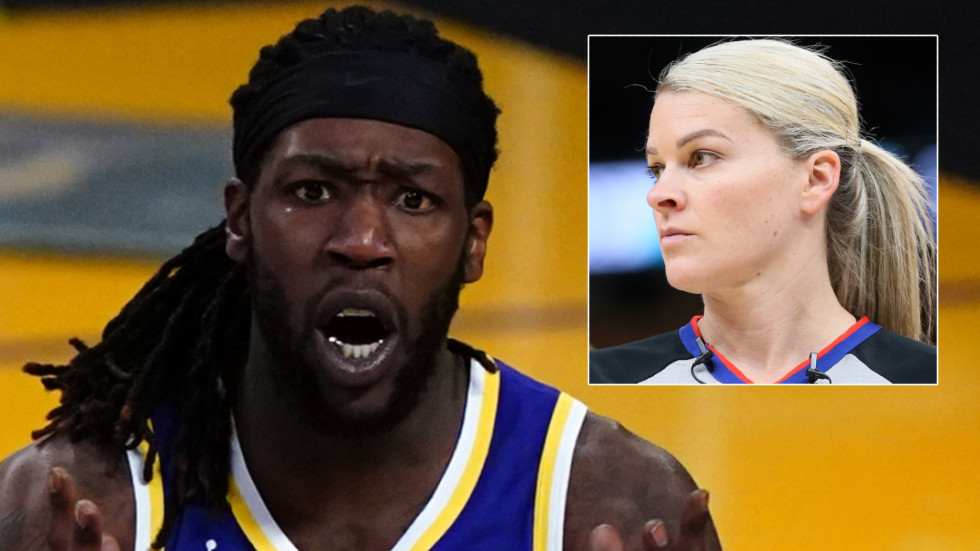 Los Angeles Lakers forward Montrezl Harrell was left perplexed by the performance of referee Jenna Schroeder in an agonizing defeat on Wednesday, claiming that she gave a foul against him because she was “holding onto a grudge”.

Towering Harrell had a frustrating game in the 123-120 loss to the Sacremento Kings, suffering the narrow defeat despite scoring 26 points and 11 rebounds ahead of the All-Star break.

After putting his side 33-26 ahead in the second quarter, Harrell said he had yelled “and-1” on his retreat – a term used to appeal for a free throw in the belief of being fouled on a successful shot.

“No cursing, no profanity, none of that,” insisted the 6ft7in Sixth Man of the Year.

Montrezl Harrell: “All I said was ‘And one.’ No cursing, no profanity, none of that. And she turned around and gave me a tech because she was in her feelings because she felt like I was too loud with her or I belittled her when we was talking.” pic.twitter.com/WtepE4Hye9

“And she turned around and gave me a tech because she was in her feelings, because she felt like I was too loud with her or I belittled her when we were talking [earlier].

“Whether me and you or me and whatever ref got into it, in a verbal conversation the play before, just because you’re still holding onto a grudge from that, you cannot come back and give me a [technical foul].”

Harrell added that he would have arena employees at the Kings’ home and onlookers from both teams supported him.

“The tech that I got definitely was a big one for me and definitely shouldn’t have been called, because at [that] instance of, I’m not looking at her [Schroeder]. I was nowhere near her vicinity. I’m running back on defense.

Montrezl Harrell with a monster performance for nothing…..

“I think some of the referees – and this is not bashing any referee in general – but there cannot be any instances of calling the game that soft.”

The 27-year-old promised that the incident would not silence him as he bids to help the Lakers improve a run of seven defeats in 10 games.

“I’m going to keep playing with the same passion and fire that I do. I didn’t stop talking throughout the rest of the game.

“I kept playing with the same fire and same mode that I had all game. It just is what it is.”