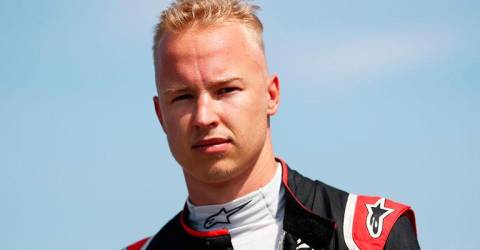 LONDON: Russian Formula One rookie Nikita Mazepin (pix) said on Thursday he had made a ‘huge mistake’ in an incident last year in which he was filmed groping a female passenger in the back of a car.

The 22-year-old faced a barrage of questions about the matter as his Haas team launched their new car and announced Mazepin’s fertiliser billionaire father’s Uralkali company had become the new title sponsor.

The posting of the video clip on Instagram attracted widespread condemnation.

He already had something of a bad boy reputation for his track behaviour, notably punching British junior series rival Callum Ilott in the face in 2016 in an incident that drew a race suspension.

“It happened that I’ve made a huge mistake,” Mazepin said of the December incident, adding that he was not proud of his behaviour.

“I’ve taken responsibility for it, I’ve learned from it and I’m looking forward to a clean year ahead.”

Asked what he had actually learned, he said he recognised he had to set an example as an F1 driver. He added that he was not the one who had posted the video.

Questioned about his on-track record and getting into trouble with stewards, Mazepin said that would not be an issue.

“It’s not something that I fear because I’m confident that’s not going to happen,” he said. “I take a lot of time to go through the regulations, study them, understand where that fine line is.”

On his father’s funding, and accusations that he was only in F1 because of the money, Mazepin said he was not really bothered.

“It’s a challenge that I prove myself in Formula One and I’m going to do it.”

Mazepin said he was still in a discussion about how he would be classified in races, with Russian athletes banned from competing under their national flag at world championship level as a result of World Anti-Doping Agency (WADA) sanctions.

Formula One’s governing body, the FIA, is a signatory to the WADA code.

The Haas car’s new livery is in the colours of the Russian flag, with the front wing featuring horizontal bars of white, blue and red. – Reuters