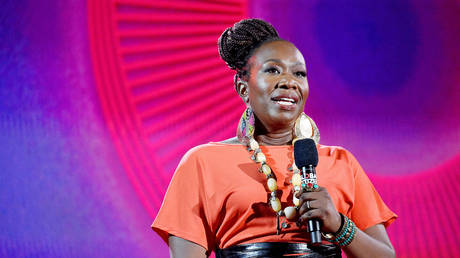 Joy Reid has triggered everyone from Ben Shapiro to Glenn Greenwald by implying Republicans are racists wishing they could “openly say the n-word” and floating new meritless “Moscow” conspiracy theories.

“I’ll say it again: people on the right would trade all the tax cuts for the ability to openly say the n-word like in ‘the good old days,’” Reid tweeted this week. “To them, not being able to be openly racist and discriminatory without consequence is oppression. Trump is the avatar for this ‘freedom.’”

I’ll say it again: people on the right would trade all the tax cuts for the ability to openly say the n-word like in “the good old days.” To them, not being able to be openly racist and discriminatory without consequence is oppression. Trump is the avatar for this “freedom.” https://t.co/RlqAFYe5Zr

Reid’s tweet was in response to a message from MSNBC contributor Jason Johnson, who was himself responding to a tweet posted by former New York Times opinion editor Bari Weiss. Weiss was floating the idea that people are beginning to “self-censor” themselves out of fear of cultural or professional reprisal.

Reid and Johnson’s journey from a point about self-censorship to the idea that Republicans loathe the idea that they cannot openly use the n-word was one that few other users followed them on – and Reid found herself trending on Twitter Friday for her comment, with most blasting the left-wing MSNBC host.

“This is what the authoritarian Left thinks of you. Which is why they think your individual rights are of no value – and in fact, make the world a worse place,” Daily Wire founder Ben Shapiro tweeted about Reid’s comment. “In reality, Reid would love nothing better than if conservatives loved the n-word. It would give her unending moral advantage, and allow her to cram down her perverse worldview. But conservatives don’t, so she’ll just impute deep desire to use the n-word to you.”

Reid did find some support on the left, with supporters claiming any pushback to her comment was a “coordinated attack” on the controversial pundit.

Harry Truman’s famous quote “I don’t give them Hell. I just tell the truth about them, and they think it’s Hell.”Perfectly sums up why the right goes ballistic when their embrace of white supremacy is called out. Joy Reid Rules!!! https://t.co/qt3ss7rxh2

Conservatives are launching a coordinated attack on Joy Reid today because she hit a nerve with her truthful commentary about them. We stand with Joy Reid.

Reid’s tweet, however, is just one of her many controversies this week.


Reid called the Trump-supporting lawmaker a “conspiracy senator from Wisconsin, by way of Moscow” on her show Thursday evening. Johnson has put forward the theory that fake Trump supporters could have been partly behind the January US Capitol riot – a claim FBI director Christopher Wray has said there was “no evidence” to support.

Greenwald called Reid’s comment “bats**t crazy” and “as much conspiratorial derangement as anything from QAnon” but more damaging given she is on mainstream television.

This — “Ron Johnson, Senator from Wisconsin, by way of Moscow” — is as batshit crazy and as much conspiratorial derangement as anything from QAnon, and far more damaging since it’s mainstream, but because it’s on a corporate outlet, it doesn’t count:pic.twitter.com/G90LfPRoHF

So hilarious how Joy Reid mocks Ron Johnson for being a “conspiracy Senator” and literally in the next breath says he comes “by way of Moscow” and neither she nor a single one of her listeners will ever understand the irony. That’s the liberal sector of the media writ large.

Reid is no stranger to controversy at this point. She was forced in 2018 to apologize for admittedly “homophobic” posts found on her blog. Though she admitted the posts were “attributed” to her, she did not directly acknowledge writing them and initially claimed she was hacked.