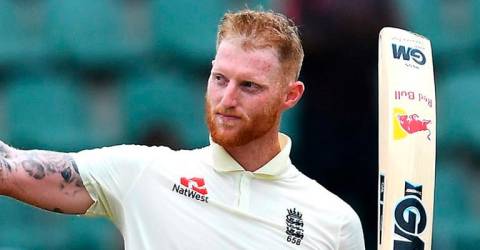 Stokes made 55 in England’s 205 all out on the opening day of the fourth and final Test after the tourists won the toss and elected to bat in Ahmedabad.

His 121-ball knock, laced with four boundaries and two sixes, raised hopes of a big England total as he engaged in some mid-pitch banter.

“It’s two professionals showing they care about the sport that they love,” Stokes, who played despite a stomach bug, told reporters.

“A lot gets said these days when two guys seem to come to words out in the middle. There was completely nothing untoward, just two blokes who care about what they do and two guys who definitely don’t back down.”

Stokes apparently reacted to a bouncer from fast bowler Mohammed Siraj, who later said the batsman “abused” him.

Kohli stepped in for his quick bowler and had an animated conversation with Stokes until the umpires intervened.

Siraj said after the end of the day’s play that it was “not a big issue as all these things keep happening on a field of play”.

Indian spinners dominated the contest with wickets falling quickly but Stokes held the innings together with his 24th Test fifty and second in the series, led by India 2-1.

He finally fell to a straight delivery from spinner Washington Sundar, bowled from around the wicket and said he was “frustrated”.

England, who are looking to bounce back after two successive losses including a two-day hammering in the third Test, were all out in 75.5 overs as their innings ended in the final session.

“I’ve played 70 odd games and I’ve told others in the team that these are the hardest conditions I’ve faced as a batsman, and I’ve played all around the world,” the left-hander said.

Stokes added: “We sit down as a group and say we’ll try to put it behind us but it is easier said than done. I know, overall, it’s a much better wicket than the last one we played on so we’re just disappointed not to still be batting.” – AFP