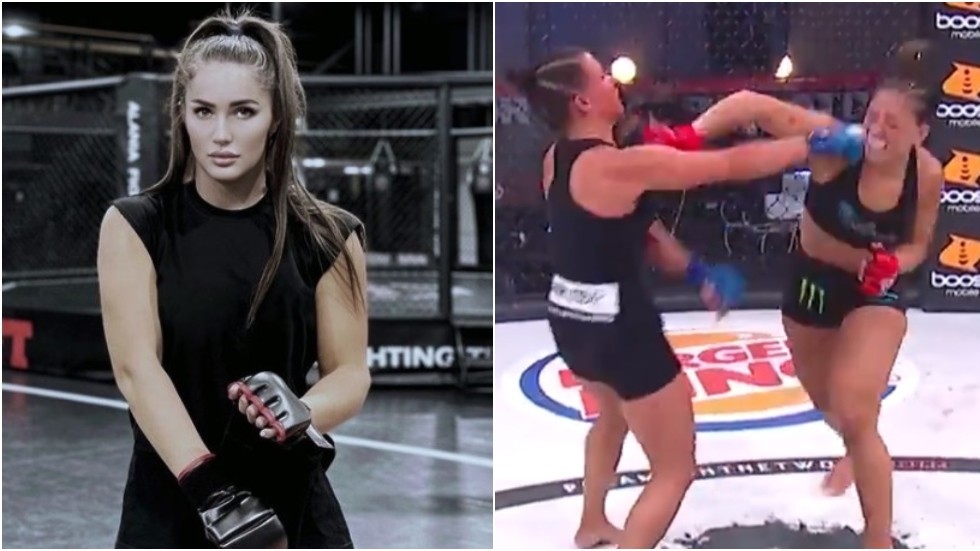 Russian flyweight Diana Avsaragova appears to have a name for her first opponent under the Bellator MMA banner, sharing a mocked-up fight poster of herself alongside America’s Tara ‘The Tiny Terror’ Graff.

Having signed with Bellator toward the end of 2019, North Ossetia native Avsaragova was finally handed a date for her long-awaited debut after securing a US visa last month.

The budding star – who is unbeaten in her two professional MMA outings to date – is set to appear at Bellator 256 on April 9 in Connecticut, a card headlined by the rematch between reigning men’s heavyweight king Ryan Bader and Brazilian veteran Lyoto Machida.


Avsaragova’s opponent has been unofficially named as 33-year-old Graff, who suffered defeat to Miami fan favorite Valerie Loureda in her own Bellator bow last August, and who is 1-2 overall in her pro MMA career.

Graff’s spectacular second-round KO defeat to Loureda was amplified by the hype surrounding their bout, after Graff claimed her opponent’s Instagram output was “trashy” and “degrading.”

After laying Graff out cold, Loureda broke into a twerk in the cage and vowed she would “keep posting TikToks” in a mocking riposte to her beaten rival.

Graff looks set to have the chance to bounce back against another young fighter with an increasingly popular presence on Instagram – albeit slightly more low-key than Loureda’s.

Avsaragova, 22, revealed recently that she is bombarded with marriage proposals from male fans among her following of 145,000.

Also on rt.com
Russian MMA starlet Avsaragova works up sweat as she prepares for Bellator bow – and says Insta DMs are FULL of marriage proposals


Avsaragova hasn’t fought since outpointing Georgia’s Ania Lurchenkova in May of 2019, but says she still feels strong heading into her Bellator bow.

“I haven’t fought for two years, but I feel great… I train consistently, spar at least twice a week, plus spar after each workout. I feel great,” the budding flyweight star told Metaratings  in February.

‘Pantera’ trains under the Akhmat Fight Club banner and is finishing off her current camp in Chechen capital Grozny, before flying out to the US.

Avsaragova counts UFC flyweight Liana Jojua among her friends and training partners, and accompanied the Georgian-born star on her latest octagon venture on Fight Island in Abu Dhabi back in October.


Bellator are yet to confirm Avsaragova’s bout with Graff, although it has already been added to numerous MMA databases, including Tapology, in anticipation of the fight being booked imminently.