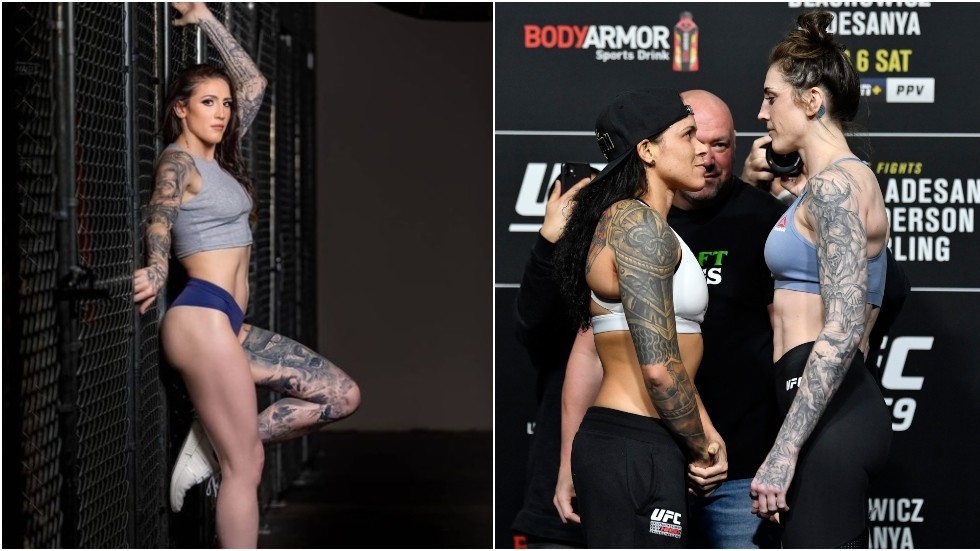 Megan Anderson knows it will take something special to defeat Amanda Nunes at UFC 259 in Las Vegas on Saturday night, but the Australian is unfazed by her quest to do what no woman before her has ever managed to achieve.

Anderson meets Nunes in their featherweight co-main event at UFC 259, one of three bouts where UFC gold will be on the line.

Brazilian destroyer Nunes is the heavy favorite with the bookmakers heading into the showdown, a fact which makes considerable sense.

A two-weight UFC champion, Nunes is unbeaten since 2014 and has won all eight of her title fights in the octagon.

On Saturday, she will be defending the crown she claimed with a brutal 51-second knockout of fellow Brazilian icon Cris Cyborg at UFC 232 in December 2018.

The last time she was in the octagon, Nunes defended that title in dominant fashion with a unanimous decision win against Felicia Spencer.

To say the odds are stacked against Anderson would be an understatement; indeed, some have even claimed that the 31-year-old has been handed a “comedically astronomical” underdog status by some bookmakers.

Anderson is well aware of that – but has nonetheless been unperturbed in the build-up to the biggest fight of her life.

“We’ve put in the work, we’re just ready to in and shock the world,” the Aussie said on the UFC’s Vlog ahead of this weekend.

A Former Invicta champion at 145lbs, Anderson has set up her shot at Nunes with back-to-back wins, the first a submission finish of Zarah Fairn dos Santos and, more recently, a first-round KO victory over Norma Dumont a little over 12 months ago.

If there is an advantage for her to gain, it is perhaps in her 6ft frame and 72.5-inch reach.

At this week’s weigh-ins and media events, it was hard to ignore just how much Anderson towered over the more diminutive Nunes.

“I think everyone has holes in their game,” Anderson said of her rival.

“I think you just have to find them. We’ve looked at the tape, and we’ve got a gameplan, so we’re ready to capitalize on those moments when we see them…

“Everyone’s invincible until they’re not.”

Nunes, 32, has been imperious for so long that she is already guaranteed to go down as one of the greatest – if not the greatest – ever to do it in women’s MMA.

But Anderson is hoping – against all odds – that on Saturday night she can become the woman to strip the sheen of invincibility which has been worn for so long by her Brazilian rival.