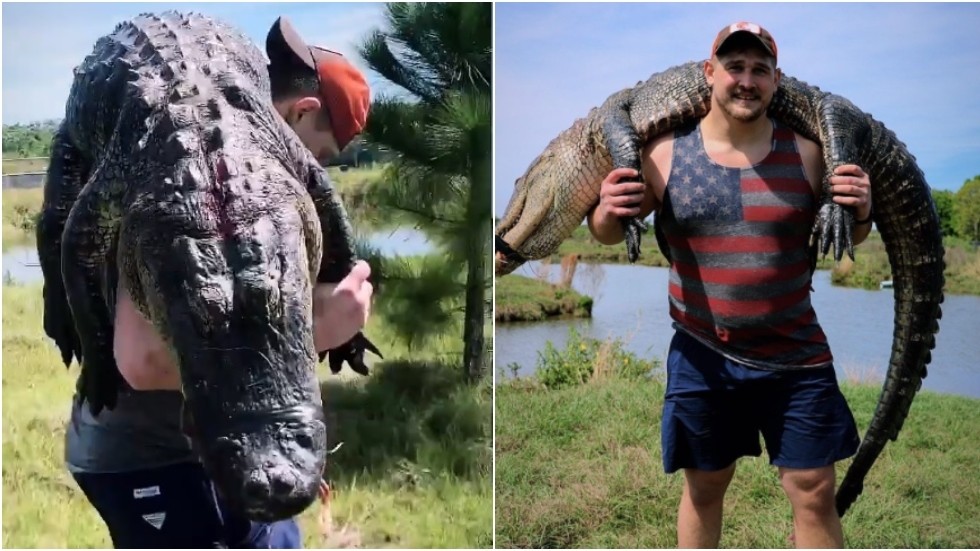 While his fellow pros might be using the NFL offseason for a relaxing getaway or some quiet downtime, Cleveland Browns star Wyatt Teller is slaying alligators before hauling them on his shoulders.

Browns offensive lineman Teller, 26, was filmed lugging the dead giant – estimated to be 10ft long and weighing around 220lbs – on his shoulders after killing it on a Florida hunting trip with his pal Zach Sieler, a defensive end for the Miami Dolphins.

A clip shared on Instagram by Sieler’s girlfriend, former pro basketball player Hannah Cook, shows Teller carrying the bloodied reptile across the grass at a plot of land owned by the Dolphins star.

Whiting posted the pic with the question: “So is this my wedding gift?”

Some fans thought that Teller was getting in some unorthodox training before the new season.

“What kind of offseason training is this?” wrote one Browns fan.

Others were unimpressed, with one Twitter user writing: “This would be better if the alligator was alive. Just say’n.”

This would be better if the alligator was alive. Just say’n.

Alligators are routinely hunted in Florida, with the statewide season typically lasting between mid-August and November. Permits are required for anyone hoping to slay one of the giants.

Alligators are protected under Florida law, with the population estimated to be well over 1 million.

That number is now at least one fewer after Teller’s trip.