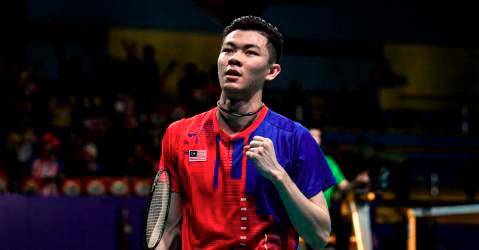 Tournament second seed Zii Jia, lived up to expectations to dispose of India’s Sai Praneeth 21-14, 21-17 in 45 minutes at St Jakobshalle, Basel, according to the Badminton World Federation (BWF).

Barring any major upset, the 22-year-old Kedahan should continue his winning ways to the final as he is drawn to face world number 25, Kunlavut Vitidsarn of Thailand in the last four stage.

The young pair will be put to test when they are scheduled to face senior compatriots Chow Mei Kuan-Lee Meng Yean, the tournament’s second seeds, who defeated Canadians, Rachel Honderich-Kristen Tsai 22-20, 21-16.

In the mixed doubles category, fifth seeds Tan Kian Meng-Lai Pei Jing had to battle for one hour and 10 minutes to overcome Satwiksairaj Rankireddy-Ashwini Ponnappa of India 21-17, 16-21, 21-18.

To enter the final, they have to overcome French pair, Thom Gicquel-Delphine Delrue.